BROOKLYN CENTER, Minn. (AP) — The woman who was in Daunte Wright’s vehicle when he was fatally shot by police in a Minneapolis suburb last year is suing the city and the former officer who killed him.

The lawsuit says passenger Alayna Albrecht-Payton, 21, of St. Paul, was physically injured when Wright’s vehicle crashed into another SUV after Kim Potter shot him. 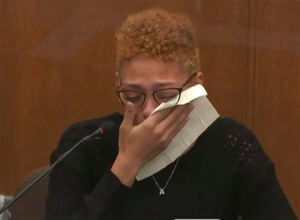 FILE – In this screen grab from video, Alayna Albrecht-Payton, the woman who was in Daunte Wright’s vehicle when he was fatally shot on April 11, 2021, by police in a Minneapolis suburb last year, testifies as Hennepin County Judge Regina Chu presides over court, Dec. 9, 2021, in the trial of former Brooklyn Center Police Officer Kim Potter at the Hennepin County Courthouse in Minneapolis. Albrecht-Payton is suing the city and the former officer, Potter, who killed him. (Court TV, via AP, Pool, File)

Potter has said she mistook her firearm for her Taser when she fired at the 20-year-old Black man during a traffic stop in Brooklyn Center on April 11, 2021.

Albrecht-Payton said in her complaint that she has also suffered from post traumatic stress disorder since watching Wright die of his gunshot wound.

Potter, who is white, was convicted of first- and second-degree manslaughter in Wright’s death and sentenced to two years in prison.

“Albrecht-Payton was a blameless witness to a horribly traumatic event, which a lot of people heard her testify to in the felony trial. And she has suffered some significant and permanent injuries, including the broken jaw and the cuts, and just scared inside and out from this event,” her attorney Kathryn Bennett told the Star Tribune.

Albrecht-Payton underwent surgery for her broken jaw following the shooting and still struggles with the injury and teeth misalignment, according to the lawsuit.

Jason Hiveley, from the law firm Iverson Reuvers, is the attorney representing Potter and the city.

“Because this matter is in active litigation, we are unable to say much other than we are in the process of reviewing Ms. Albrecht-Payton’s medical records and evaluating our legal defenses. We anticipate filing a Motion for Summary Judgment once depositions are complete,” Hiveley said in a statement. 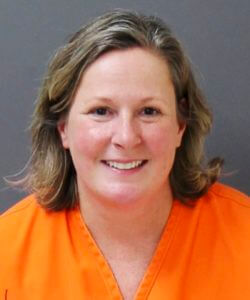 FILE – This inmate file photo provided by the Minnesota Department of Corrections on Thursday, Dec. 23, 2021, shows former Brooklyn Center Police Officer Kim Potter. Alayna Albrecht-Payton, the woman who was in Daunte Wright’s vehicle when he was fatally shot on April 11, 2021, by Potter in a Minneapolis suburb last year, is suing the city and the former officer who killed him. (Minnesota Department of Corrections via AP, File)

Albrecht-Payton’s lawsuit said she is seeking at least $150,000 in damages.

The city of Brooklyn Center last month agreed to pay a $3.2 million settlement to Wright’s family.

The fallout from Wright’s death led the Brooklyn Center City Council to pass a series of reforms, including the use of social workers and other trained professionals to respond to medical, mental health and social-needs calls that don’t require police.

The shooting happened at a time of high tension in the area. Former Minneapolis police officer Derek Chauvin, who is white, was standing trial just miles away for the killing of George Floyd, who was Black. Floyd’s May 2020 death prompted a reckoning over police brutality and discrimination against people of color. 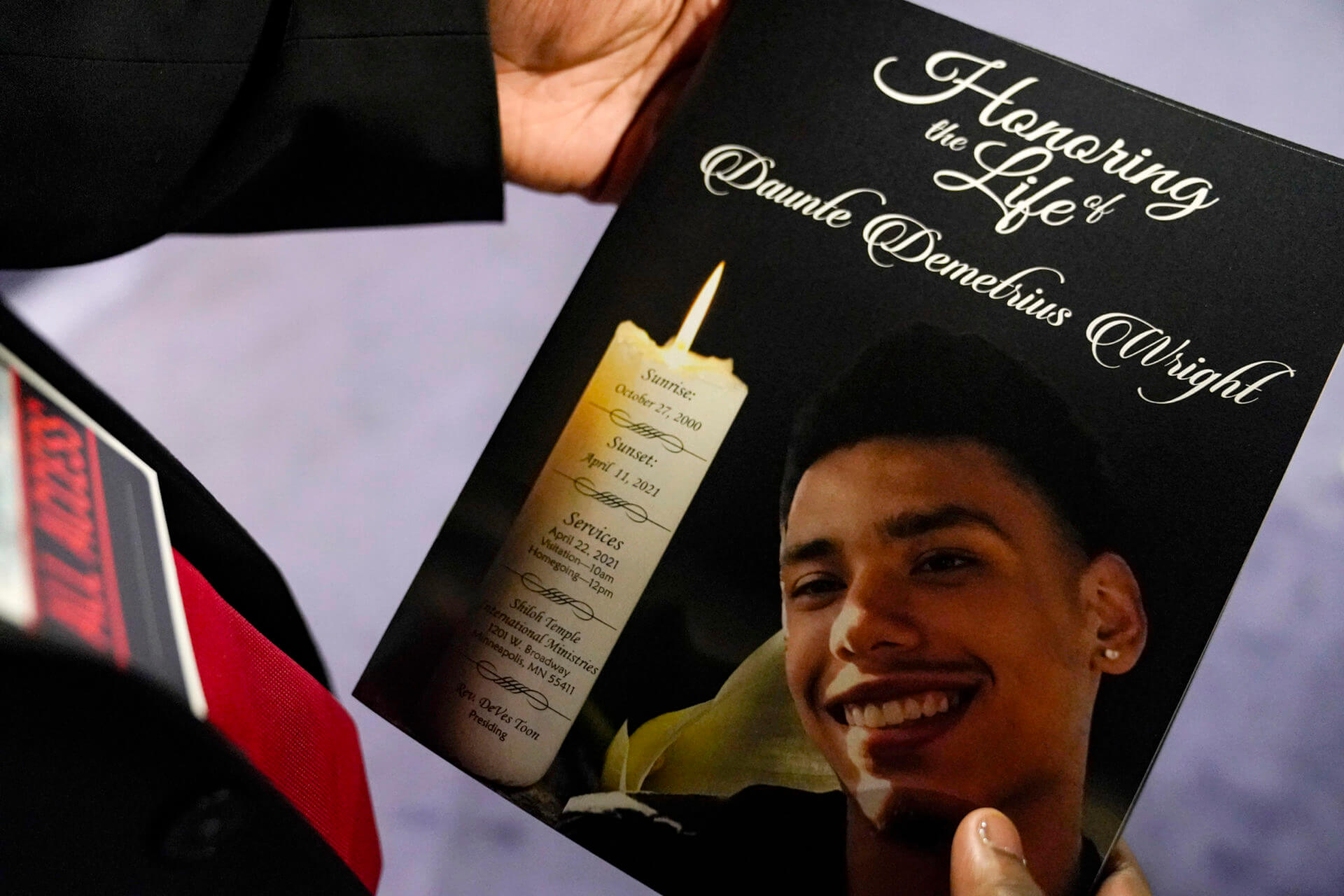 FILE - A mourner holds a program for the funeral services of Daunte Wright at Shiloh Temple International Ministries in Minneapolis, April 22, 2021. Alayna Albrecht-Payton, the woman who was in Wright’s vehicle when he was fatally shot on April 11, 2021, by police in a Minneapolis suburb last year, is suing the city and the former officer, Kim Potter, who killed him. (AP Photo/John Minchillo, Pool, File)
MORE NEWS