FALLS CHURCH, Va. (AP) — Defense lawyers for a British national facing trial later this month for helping the Islamic State group torture and behead American hostages are seeking to block testimony from a Kurdish girl held as a slave by the group.

The girl, identified only as Jane Doe in court documents, was abducted at age 15 from Kurdistan in August 2014 and held by the Islamic State. She spent several weeks in captivity with American Kayla Mueller, whose death at the hands of the Islamic State will be a key issue at trial. 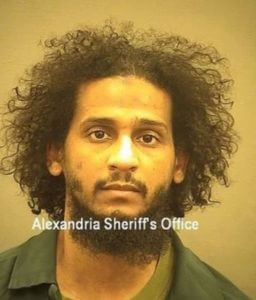 The defendant, El Shafee Elsheikh, is charged with playing a key role in Mueller’s abduction, ransom and eventual death, along with three other Americans: journalists James Foley and Steven Sotloff and aid worker Peter Kassig.

In court papers filed late Tuesday, Elsheikh’s lawyers say Jane Doe was told after her abduction to forget about her family because she would be “selected for marriage” by an ISIS fighter.

Doe escaped, but she was caught the next morning and beaten with sticks, belts and hoses. It was then that she was taken to a prison, where Mueller was also held, according to the defense memo.

After a month, Doe, Mueller, and two other girls were taken into captivity by a senior ISIS leader named Abu Sayyaf, where they were locked in a bedroom other than when they were cleaning or gardening.

Doe escaped the home in October 2014 and made her way back into Kurdish custody. Information she provided helped U.S. fighters launch a raid in May 2015 that killed Abu Sayyaf and other ISIS fighters, according to the memo.

Mueller, who was killed in February 2015, was raped by the Islamic State’s leader, Abu Bakr al-Baghdadi, during her time in captivity, according to the indictment.

Inside the house, U.S. fighters recovered ISIS documents justifying slavery and guidelines for how it should be implemented.

Elsheikh’s lawyers are seeking to keep the slavery documents from being introduced at trial, and want to severely limit Doe’s testimony, restricting it only to her time in captivity with Mueller.

The evidence “is unduly inflammatory and would only cause undue prejudice against Mr. Elsheikh, confuse the issues, and mislead the jury by imputing the actions of others to Mr. Elsheikh,” defense lawyers Nina Ginsberg, Edward MacMahon and Jessica Carmichael wrote.

While Doe’s testimony may not central to the case against Elsheikh, it provides a glimpse into some of the emotionally powerful evidence jurors will confront if the case indeed goes to trial at the end of the month.

Elsheikh is one of four British nationals who joined the Islamic State, dubbed “the Beatles” by their captives because of their accents. Elsheikh and a co-defendant, Alexenda Kotey, were captured in Syria in 2018 and brought to Virginia in 2020 to stand trial in federal court.

Kotey pleaded guilty last year and is awaiting sentencing. A third Beatle, Mohammed Emwazi, also known as “Jihadi John,” was killed in a 2015 drone strike. The fourth member was sentenced to prison in Turkey.

Federal prosecutors will respond to the defense memo about Jane Doe at a later date. So far, though, prosecutors have been successful in turning aside defense efforts to restrict evidence at trial. The presiding judge, T.S. Ellis III, ruled earlier this year that prosecutors can use incriminating statements Elsheikh made in interrogations and in media interviews. Defense lawyers argued unsuccessfully that the statements were coerced.

As for the slavery documents, defense lawyers argue that it would be unfair to ascribe them to Elsheikh because he did not write them. But in a 2018 interview with journalist Jenan Moussa after he was captured, Elsheikh said slavery was justified under Islamic law.