GAITHERSBURG, Md. (AP) — A Maryland dentist has been charged with murder after a former patient with whom he had been in a relationship died of a drug overdose.

Montgomery County Police say James Ryan was arrested Tuesday morning and charged with second-degree murder in the death of Susan Harris. She died in January after overdosing on drugs including ketamine and diazepam, which is sometimes sold under the brand name Valium, police said. 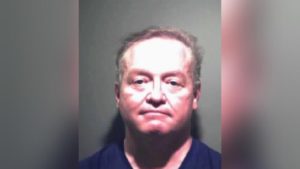 Police say Ryan, 48, an oral surgeon whose practice was based in Germantown, Maryland, first met Harris, 25, when she was a patient in 2020.

According to police, Ryan later offered Harris a job and the two began dating. She eventually moved in with him at a home in Clarksburg.

At a press conference Tuesday, Montgomery County Police Chief Marcus Jones said investigators found text messages in which Harris requested illicit drugs from Ryan, and he gave her instructions on how to increase their potency.

The second-degree murder charges does not mean that prosecutors assert Ryan intended to kill Harris, but that he acted with “extreme indifference” to her life by supplying her with deadly drugs, The Washington Post reported.

Online court records show Ryan is scheduled for a bond hearing Wednesday. No attorney was listed.