DENVER (KMGH) — A Denver woman has been charged with child abuse resulting in death after an autopsy found that her 1-year-old died with fentanyl in her system.

On Dec. 2, 2021 around 2:45 a.m., Charlotte Chavez, 31, of Denver, called 911 to report that she had woken up to breastfeed her baby and saw that the 1-year-old girl was cold and not breathing. When paramedics responded to her residence, they transported the baby to Denver Health Medical Center, where she was pronounced deceased at 3:49 a.m., according to Chavez’s arrest warrant. 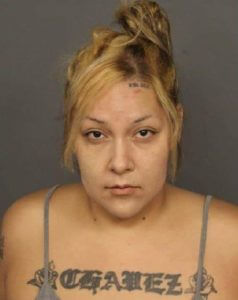 The doctor did not note any obvious trauma.

The same day, an autopsy was performed on the baby. As part of this, samples of postmortem femoral blood were sent to a toxicology lab, according to the warrant.

On June 28, 2022, the results of a toxicology report revealed that the baby had died “as a result of the toxic effects of fentanyl,” according to the warrant. The baby also had naloxone and acetaminophen in her system.

About three weeks later, on July 18, a Denver police detective interviewed Chavez, who provided a statement to authorities. This statement was redacted in her arrest warrant. The detective told her that Narcan was detected in the baby’s system and that the 911 call Chavez initially made did not report giving the baby Narcan.

Based on medical records for the baby, authorities learned her last medical appointment was July 15, 2021 for a welfare check, according to the warrant.

Chavez was charged with child abuse resulting in death.

She first appeared in court on Sept. 2.

This story was originally published Sept. 7, 2022 by KMGH in Denver, an E.W. Scripps Company.