KANSAS CITY, Mo. (KSHB) — An investigation is underway to determine how two Stowers Institute researchers, a mother of five and a dead suspect are connected. 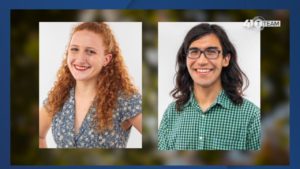 After killing them earlier this month, the Jackson County Prosecutor’s Office said Moore set their apartment on fire. He then died in a murder-suicide in the Northland two weeks later.

Search warrant documents obtained by KSHB reveal new details about what police found in the woods near the scene.

In those court documents filed in Clay County, police discovered Moore dead in the passenger seat of a white Chevy. Right outside the passenger door, they found Misty Brockman dead.

It’s still unclear how the two knew each other.

Two weeks before the murder-suicide, the Jackson County Prosecutor’s Office said Moore killed Behrensen and Guzman-Palma. Firefighters found them while putting out a fire at their apartment. 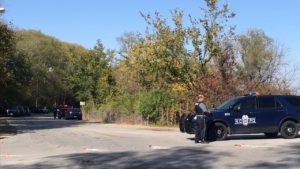 This photo provided by KSHB shows the scene of a murder-suicide Oct. 16 in the Northland area of Kansas City, Mo. (Jack McCormick/KSHB)

The prosecutor’s office said KCPD used phone and computer data, surveillance videos, ballistic testing and DNA tests in their investigation. It led them to identify Moore as the suspect in the case and helped police figure out how the two Stowers researchers were killed.

It’s unclear if the cloud storage from an Amazon Alexa in the apartment helped in the case — police previously filed a search warrant to retrieve it.

In the same paperwork filed in Jackson County, it said the “suspect spent a considerable amount of time” inside the apartment before and after the victims’ deaths.

Stowers has made it clear Moore did not have ties to the institute or its graduate school.

KCPD said they cannot release any documents or further information because of the ongoing investigation in Clay County as it could compromise the integrity of the case.

This story was originally published Oct. 28 by KSHB in Kansas City, an E.W. Scripps Company.