LOS ANGELES (AP) — Authorities have arrested a 22-year-old driver on suspicion of attempted murder after he veered into the wrong lane and struck dozens of Los Angeles County sheriff’s academy recruits running in formation. 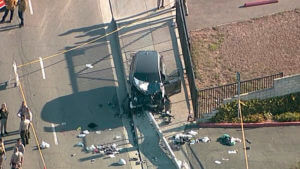 Nicholas Joseph Gutierrez was arrested Wednesday for investigation of attempted murder on a peace officer, the Los Angeles County Sheriff’s Department said in a statement Thursday. Investigators did not elaborate on why they were pursing the attempted murder charge, or say whether they have evidence leading them to believe he did this intentionally.

Authorities identified Gutierrez as the driver of an SUV that veered onto the wrong side of the road early Wednesday in suburban Whittier, striking 25 recruits on a morning run. Five of them were critically injured. Two recruits remained in critical condition Thursday afternoon, according to the sheriff’s department.

It will be up to the district attorney to decide whether Gutierrez will be charged and for what offense. Gutierrez could not be reached for comment and it was unclear if he has a lawyer. Gutierrez is being held without bail and is scheduled to appear in court on Friday, online jail records show.

Laurie Levenson, a former federal prosecutor and criminal law professor at Loyola Law School, said attempted murder usually means there was intent to kill and the driver wasn’t simply distracted or lost control of the vehicle. It’s important the evidence proves that, she said, or else it could indicate the investigating agency conducting the probe was too personally invested in the case, and was making a judgement because the victims were law enforcement recruits.

That’s why it’s also important prosecutors review the evidence and ultimately be the ones who decide, she added.

“They’ve gone after the highest possible charge – there is no doubt about it,” Levenson said of investigators. “The question is whether they are objective enough in evaluating this given that the crime was committed against their own. We’ve got to see what the evidence shows.”

Ambrosio E. Rodriguez, a defense attorney who previously worked as a prosecutor in nearby Riverside County, agreed. 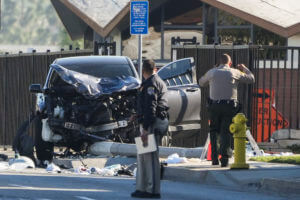 “There is a high bar to prove it, to show this guy was trying to kill these cadets,” said Rodriguez, who is not directly involved in the case.

He added that evidence obtained from the vehicle could be critical, and another key question is whether the driver applied the brakes as the vehicle moved toward the recruits.

“If he is slamming on the brakes and realizes he is doing something wrong, it is very different than if he is pressing on the gas,” he said.

Some recruits said they heard the vehicle accelerating and it was going about 30 to 40 miles (50 to 60 kilometers) per hour before it crashed into a pole, Los Angeles County Sheriff Alex Villanueva said Wednesday. He said no skid marks were on the road that had a speed limit sign of 25 mph.

Authorities said a field sobriety test performed on the driver was negative.

There were about 75 recruits from the Los Angeles Sheriff’s Department and several local police agencies running in formation in the street just before 6:30 a.m. when the SUV struck. They were wearing white T-shirts and green shorts, and accompanied by two black-and-white radio cars and eight road guards donning reflective vests as a safety precaution, sheriff’s authorities said.

Drill instructors, who are sworn deputy sheriffs, were also running with the group, but were not injured, said Sheriff’s Capt. Patrick Macdonald, who helps oversee the training academy.

“It is unprecedented that something like this would happen, when a vehicle would actually travel southbound and then cross oncoming traffic to the extreme east side to hit recruits,” Macdonald said.

The scene after the crash was chaotic, and authorities said it looked like an airplane wreck. Deputies got help from a nearby county fire station and immediately transported some of the most badly injured directly to hospitals. 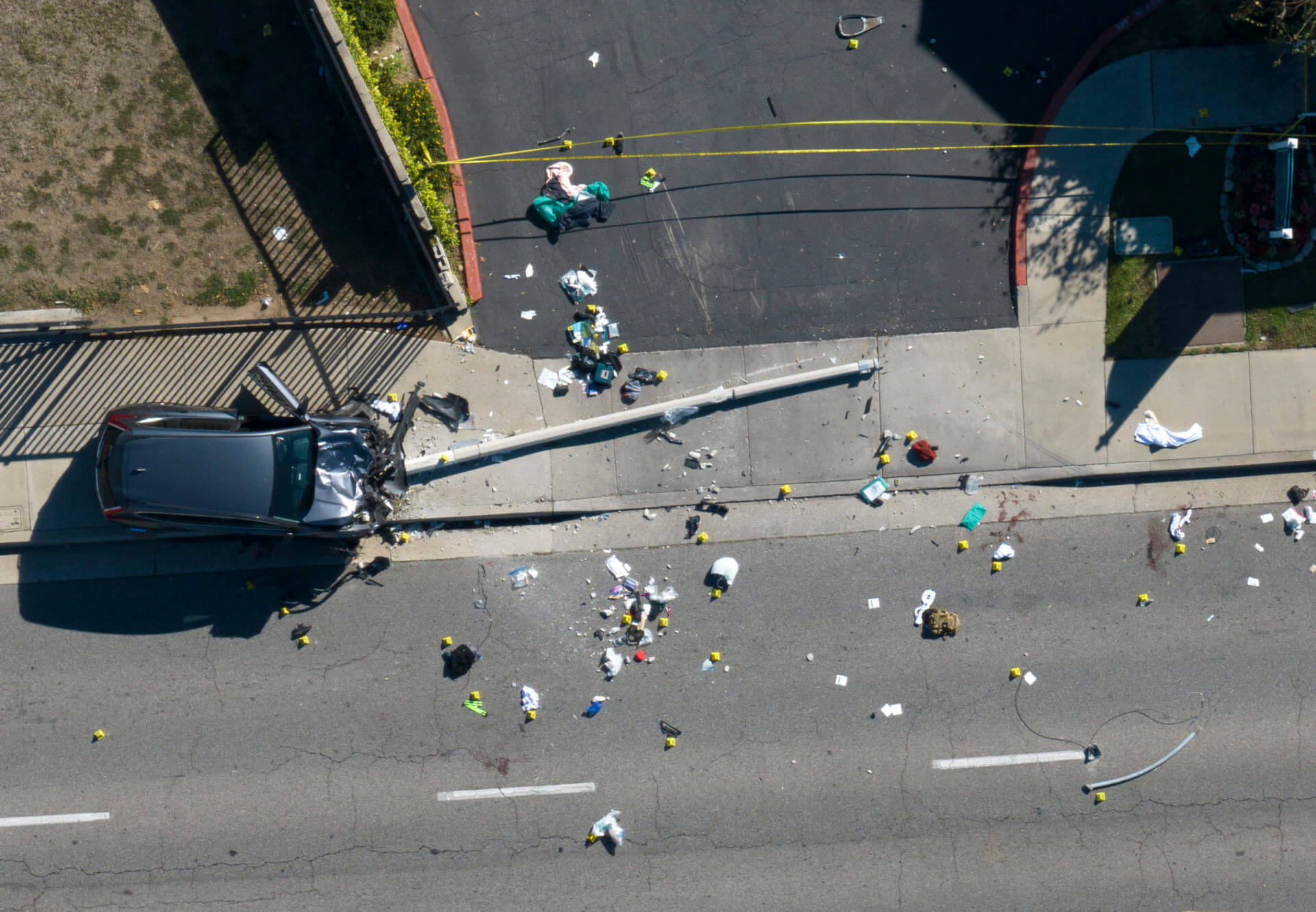 Investigators work the scene where 25 Los Angeles County sheriff’s academy recruits on a training run were hit by a vehicle that veered onto the wrong side of the road on Wednesday, Nov. 16, 2022, in Whittier, Calif. (Jeff Gritchen/The Orange County Register via AP)
MORE NEWS