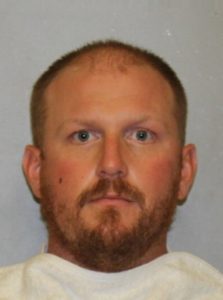 The attorney representing Reid in the case, J.R. Hobbs, said in a statement provided to KSHB-TV that his client plans to enter a plea of guilty to charges of DWI causing a serious injury.

“He sincerely regrets his conduct and hopes and prays for the continued recovery of [Ariel Young],” the statement reads.

Reid, the son of Chiefs coach Andy Reid, allegedly had been drinking before he left Truman Sports Complex and caused a three-vehicle crash shortly after 9 p.m. on Feb. 4, 2021, on the on ramp from Stadium Drive to Interstate 435 southbound near GEHA Field at Arrowhead Stadium.

After the crash, Reid told police officers who arrived at the scene that he had two to three drinks, according to a KCPD search warrant. He was driving approximately 83 mph shortly before the crash, according to police.

Ariel suffered a traumatic brain injury in the crash. The Chiefs later agreed to cover her medical expenses in November 2021.

“Mr. Reid sincerely apologies to AY (Ariel Young) and her family, and to his own family,” the statement from Reid’s attorney’s continued. “He also extends his deep apologies to the Hunt family, the Chiefs organization and Chiefs Kingdom. Mr. Reid is sorry for his actions and hopes that his plea brings some sense of justice to all those he affected.”

“The five victims of this crime are relieved that the defendant has chosen to plead guilty and are hopeful that the defendant receives the maximum sentence allowable by law,” Tom Porto, the attorney for the victims, said in the statement to KSHB-TV.

Reid was scheduled to stand trial on the DWI charge beginning Sept. 26. 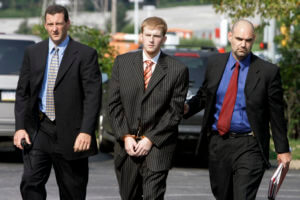 He could face up to seven years in prison. A judge will then decide a sentence for Reid after reviewing a sentencing advisory report.

In the past, Reid has spent time in jail on weapons and drug charges, and had a prior DUI conviction while living in Pennsylvania.

Reid joined the Chiefs before the 2013 season after his father was hired.

The Chiefs did not renew his contract after the crash, which occurred only a few days before Kansas City played at Tampa Bay in Super Bowl LV.

This story was originally published Sept. 6 by KSHB in Kansas City, an E.W. Scripps Company.