A federal judge sentenced Angela Baldwin, 40, of Connersville, to 33 years and four months in prison, the Justice Department said. A jury convicted her in October of two counts of producing child sexual abuse material, one count of conspiracy to produce such material, and one count of possessing it. 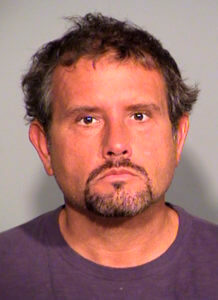 Her ex-husband Russell Taylor, who ran a nonprofit Fogle founded, pleaded guilty last year to 30 child pornography and sexual exploitation counts for his acts against nine children. Taylor, 50, was sentenced earlier Monday to 27 years behind bars, the Justice Department said.

The victims were ages 9 to 16 when the crimes occurred.

The couple shared with Fogle videos and photos of the girls that were captured by hidden cameras Taylor installed in the then-couple’s Indianapolis home, prosecutors said.

Fogle, who became a Subway pitchman after shedding more than 200 pounds (90.7 kilograms) as a college student, in part by eating the chain’s sandwiches, was sentenced in 2015 to 15 years in prison for possession or distribution of child pornography and traveling across state lines to have sex with a minor.

Taylor was executive director of the Jared Foundation, a nonprofit that Fogle started to raise awareness and money to fight childhood obesity. He provided evidence that led to the criminal case against Fogle, his one-time boss and close friend.

Taylor was originally sentenced in 2015, but U.S. District Judge Tanya Walton Pratt in 2020 found that he had received ineffective legal assistance because his lawyer had failed to challenge three criminal charges against him for which there was no factual basis.

Taylor’s attorneys asked Pratt to sentence him to 19 years, while prosecutors sought a prison sentence of 35 years. Pratt gave him a lesser sentence because he provided important information to federal law enforcement that helped them bring charges against Baldwin and Fogle.

During Taylor’s sentencing hearing, Pratt described the four-year grooming, exploitation and molestation of the children from 2011-2015 as a “mutual perversion” between Taylor, Baldwin and Fogle.

Taylor told the court Monday that he was a “vile, selfish, self-loathing, sorry excuse” for a human, but that time in prison had changed him. He said he had taken advantage of a sex offender rehabilitation class while incarcerated.

Federal prosecutor Kathryn Olivier read statements during Taylor’s sentencing from some of the victims — some of whom are Taylor and Baldwin’s relatives — who said they expect to need mental health help and medication for the rest of their lives. One victim said she checks for cameras anytime she’s in the bathroom at a house that isn’t hers.