PHOENIX (AP) — A woman who acknowledged helping a former politician in an illegal adoption scheme involving women from the Marshall Islands was sentenced to two years in prison Tuesday in Arizona for helping submit false applications for the birth mothers to receive state-funded health coverage, even though none of the women resided in the state. 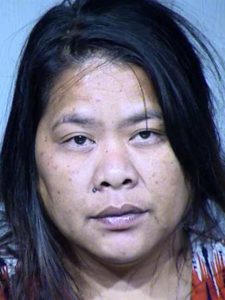 Lynwood Jennet, 47, had previously pleaded guilty to conspiracy and theft charges for helping the women apply for the benefits at the direction of Paul Petersen, a Republican who served as Maricopa County assessor for six years and worked as an adoption attorney before resigning his elected post and pleading guilty in three states to crimes related to to the scheme.

Additionally, Petersen was sentenced to one to 15 years in prison in Utah for a human smuggling conviction. The Utah sentence, which leaves it up to the state’s parole board to decide how long a person actually serves, is to be served concurrently, meaning Petersen could be done with his Utah sentence by the time he completes his other sentences or have up to four more years.