MOSCOW (AP) — A former journalist was convicted of treason and handed a 22-year prison sentence on Monday after a trial that has been widely seen as politically motivated and marked a new step in a sweeping crackdown on the media and Kremlin critics.

The sentence handed to Ivan Safronov, who worked as a military affairs reporter for leading business daily Kommersant before becoming an adviser to the head of the Russian space corporation Roscosmos, has been harshly criticized by his colleagues as utterly unfounded. 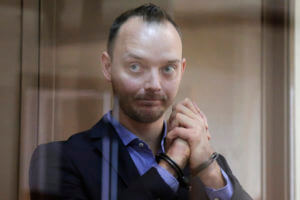 FILE – Ivan Safronov, an adviser to the director of Russia’s state space corporation, stands in a cage in a courtroom in Moscow, Russia, on July 16, 2020. A court in Moscow on Monday found the former journalist Ivan Safronov guilty of treason and sentenced him to 22 years in a maximum security prison, concluding a trial that has been widely seen as politically motivated. (AP Photo/Alexander Zemlianichenko, File)

A few friends and co-workers of Safronov who attended Monday’s hearing at the Moscow City Court chanted “Freedom!” and clapped after the verdict was read.

“I love you all!” Safronov told those who came to support him.

Safronov was accused of passing military secrets to Czech intelligence and a German national. He strongly insisted on his innocence, arguing that he collected all the information from open sources as part of his journalistic work and did nothing illegal.

In his final statement at the trial last week, Safronov rejected the charges as “absurd,” noting that he published all the information he gathered from his sources in government agencies and military industries.

He emphasized that he never had access to any classified documents and emphasized that investigators have failed to produce any witness testimony to back the espionage charges.

Safronov described the long sentence requested by prosecutors as “monstrous,” saying that it would stain the country’s image by showing that a journalist is sentenced simply for doing his job. His defense quickly appealed the sentence.

Many Russian journalists and human rights activists have pushed for Safronov’s release, maintaining that the authorities may have wanted to take revenge for his reporting that exposed Russian military incidents and shady arms deals. 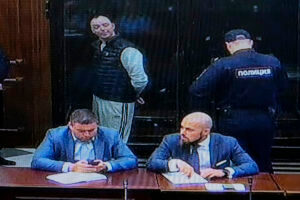 Ivan Safronov, 2nd left, an adviser to the director of Russia’s state space corporation, is seen on a TV screen, as he appears in a video link standing in a cage in a courtroom during sentencing him at the Moscow City Court, in Moscow, Russia, Monday, Sept. 5, 2022. A court in Moscow on Monday found a former journalist Ivan Safronov guilty of treason and sentenced him to 22 years in a maximum security prison, concluding a trial that has been widely seen as politically motivated. (AP Photo/Alexander Zemlianichenko)

“It is obvious to us that the reason for persecuting Ivan Safronov is not ‘treason,’ which hasn’t been substantiated … but his work as a journalist and stories he published without any regard for what the Defense Ministry or Russian authorities think,” the statement read.

Amnesty International denounced Safronov’s conviction and sentencing as a travesty of justice and demanded that Russian authorities quash them.

“The absurdly harsh sentence meted out to Ivan Safronov symbolizes the perilous reality faced by journalists in Russia today,” Natalia Prilutskaya, the group’s Russia researcher, said in a statement. “It also exposes the failings of the Russian justice system and the impunity enjoyed by state agencies, who routinely fabricate cases with little or no evidence to support them.”

She added that Safronov “was tried solely for his journalistic work,” adding that “his only ‘crime’ was collecting information from open sources and being acquainted with and befriending foreigners.”

The European Union on Monday also urged Russian authorities to drop all charges against Safronov and “release him without any conditions,” denouncing “systematic repressions of the regime against independent journalism.”

The Kremlin has remained unperturbed, with Russian President Vladimir Putin’s spokesman, Dmitry Peskov, refusing to comment on the case in a conference call with reporters.

Safronov has been in custody since his July 2020 arrest in Moscow.

Rights activists, journalists, scientists and corporate officials who have faced treason accusations in Russia in recent years have found it difficult to defend themselves because of secrecy surrounding their cases and a lack of public access to information.

Safronov’s father also worked for Kommersant, covering military issues after retiring from the armed forces. In 2007, he died after falling from a window of his apartment building in Moscow.

Investigators concluded that he killed himself, but some Russian media outlets questioned the official version, pointing to his intent to publish a sensitive report about secret arms deliveries to Iran and Syria. 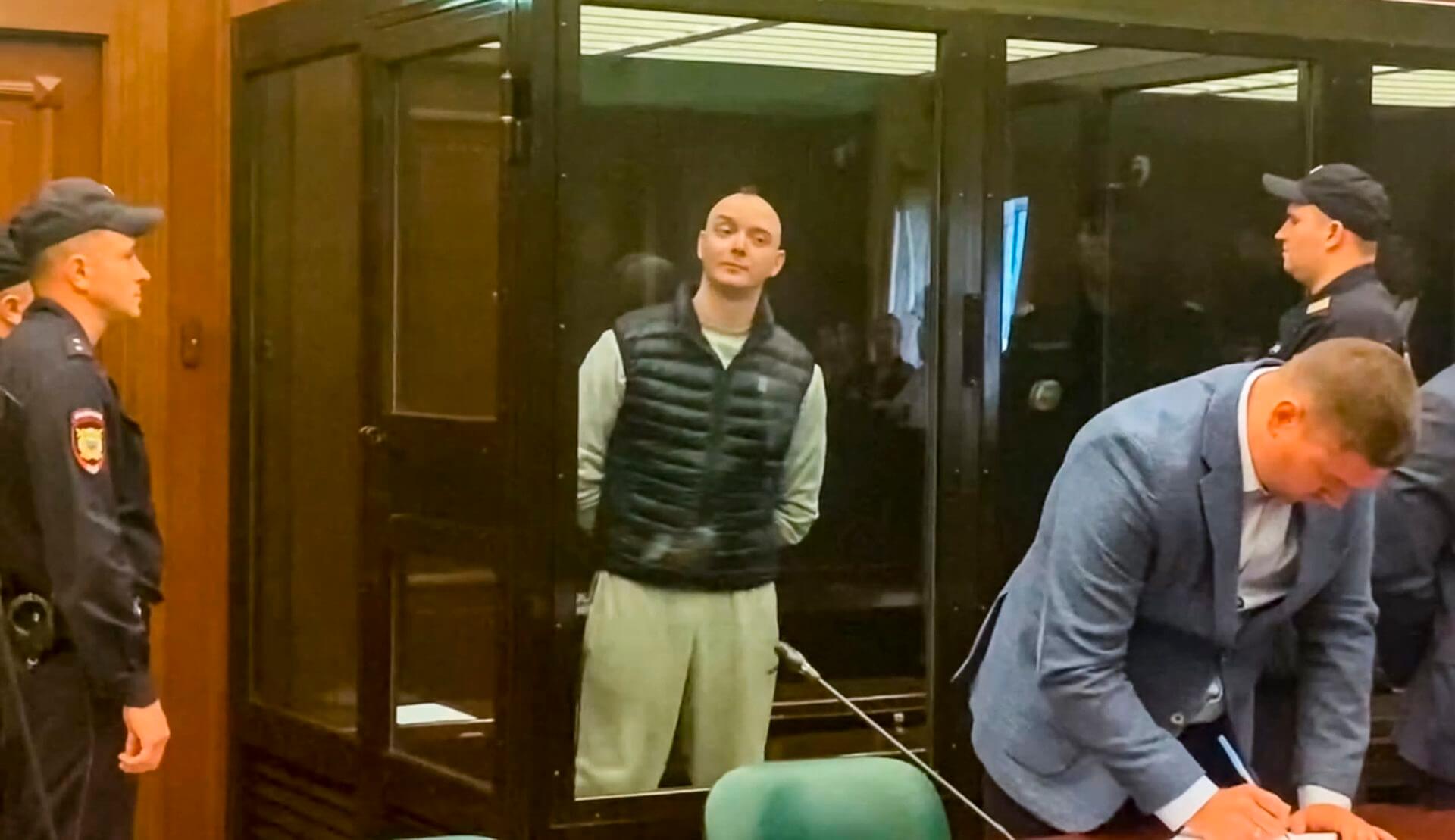 In this photo taken from video provided by the Moscow City Court, Ivan Safronov, an adviser to the director of Russia's state space corporation, center, stands in a court room during a court session in Moscow, Russia, Monday, Sept. 5, 2022. A court in Moscow on Monday found a former journalist guilty of treason and sentenced him to 22 years in a maximum security prison, concluding a trial that has been widely seen as politically motivated. Safronov was accused of passing military secrets to Czech intelligence and information about the Russian military to a German national. The former journalist insisted on his innocence. (Moscow City Court via AP)
MORE NEWS