FAYETTEVILLE, Ark. (AP) — A former pathologist at an Arkansas veterans hospital has been sentenced to 20 years in federal prison after pleading guilty last year to involuntary manslaughter in the death of a patient he misdiagnosed. 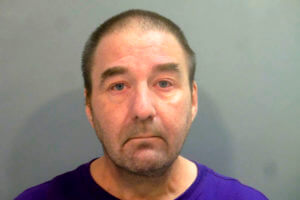 Prosecutors said Levy diagnosed a patient with lymphoma when the patient actually had a small-cell carcinoma. Levy falsified the patient’s medical record to state that a second pathologist agreed with his diagnosis, according to the plea agreement. The patient later died.

In a statement to the court, Levy apologized for his actions.

“I’m angry with myself, and it just penetrates the surface of how I became this man. My plan going forward is to continue in the alcohol rehabilitation community to get the best long-term therapeutic strategy,” the statement said.

Levy also pleaded guilty to one count of mail fraud for receiving 2-methyl-2-butanol, a chemical that he used to intoxicate himself but that standard drug and alcohol screenings don’t test for, prosecutors said.

Levy was fired from the Veterans Health Care System of the Ozarks in Fayetteville in April 2018.

VA officials have said that outside pathologists reviewed nearly 34,000 cases handled by Levy and found more than 3,000 errors or missed diagnoses dating back to 2005. Levy has acknowledged that he once showed up to work at the Veterans Health Care System of the Ozarks drunk in 2016, but he denied that he had worked while impaired. He entered an in-patient treatment program following that incident and returned to work in October 2016 after agreeing to remain sober and submitting to random drug testing.