CHRISTIANSBURG, Va. (AP) — A former Virginia Tech football player took the stand in his own defense at his murder trial Thursday, testifying that he felt “violated” when he discovered that a Tinder match he believed was a woman was actually a man.

Isimemen Etute, 19, is charged with second-degree murder in the 2021 fatal beating of Jerry Smith, 40, of Blacksburg. 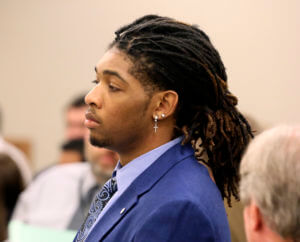 Former Virginia Tech football player Isimemen David Etute listens during his trial in Montgomery County Circuit Court in Christiansburg, Va., Wednesday, May 25, 2022. Etute is accused of fatally beating Jerry Smith, 40 in May 2021, a man he met on an online dating site and had initially believed to be a woman. (Matt Gentry/The Roanoke Times via AP, Pool)

Prosecutors have told the jury that Etute, then 18, became enraged and fatally beat Smith when he discovered that Smith was a man.

On the witness stand Thursday, Etute testified that he had two sexual encounters with a person who used the name “Angie Renee,” The Roanoke Times reported. He said he discovered during the second encounter that Smith was a man.

“I felt violated,” Etute said. “I was just in shock, in disbelief that someone tricked me and lied to me.”

Etute also said Smith reached for what Etute thought was a gun.

“They swung at me and immediately went to reach,” Etute said, demonstrating the move for the jury. “I thought he was reaching for a gun. That’s just what I know.”

Smith did not own a gun, but police found a knife between his mattress and box spring.

Etute said he punched Smith five times and kicked him to give him time to escape the apartment.

The prosecution rested its case Thursday after playing a videotaped police interrogation of Etute for the jury.

During the interrogation, Etute said that after an initial encounter with Smith in April, he decided to return to Smith’s apartment on May 31 after his friends teased him and told him he might have hooked up with a man.

Etute denied going there with the intent of harming Smith. He said his only intent was to determine whether Smith was a man or a woman.

The Roanoke Times reports that one of the more explosive moments of the trial came Thursday when Turk asked Blacksburg police Detective Ryan Hite if Smith’s conduct during his encounters with Etute constituted sexual battery, which is defined under Virginia law as sexual abuse committed against another person’s will, through the use of force, threats, intimidation or ruse.

Judge Mike Fleenor allowed Turk to ask Hite if he would have presented the commonwealth with details of Smith’s conduct if he had known about them as sexual battery.

“If we knew those facts, yes we would have consulted the commonwealth’s (attorney’s) office,” Hite said. 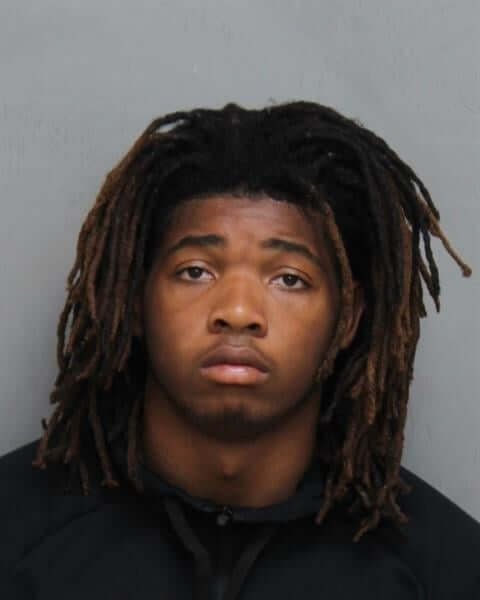