SAVANNAH, Ga. (AP) — Attorneys for the family of a Georgia woman killed by gunfire last year as sheriff’s deputies executed a search warrant at her cousin’s home are calling for the Justice Department to investigate, arguing the deadly raid echoes the fatal shooting of Breonna Taylor in Kentucky.

Shooting broke out within seconds after Camden County deputies knocked down the door of Varshan Brown’s darkened home in Woodbine, about 100 miles (160 kilometers) south of Savannah, just before 5 a.m. on May 4, 2021. The officers had a warrant to search the house for drugs. 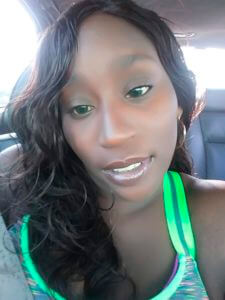 This undated self-portrait shows Latoya James, who was killed by gunfire in May 2021 when sheriff’s deputies executed a search warrant for drugs at her cousin’s home in Camden County, Ga. Attorneys for James’ family are asking the Justice Department to investigate, saying the shooting echoes the 2020 killing of Breonna Taylor in Kentucky. (Courtesy of Betty James via AP)

Brown’s cousin, 37-year-old Latoya James, was killed by bullets as deputies and Brown fired guns at each other. Brown was wounded and later charged with crimes. Local prosecutors brought no charges against the deputies after concluding they were justified in using deadly force.

Lawyers for James’ family say there are striking parallels between this case and the 2020 raid by police officers in Louisville, Kentucky, that left Taylor dead. In both cases, officers arrived in the middle of the night and forced their way into homes with little to no warning. And each case involved a shootout that killed an unarmed Black woman.

“Latoya James was innocent in all aspects of this case,” Daniels said Tuesday. “She was at her cousin’s house. She wasn’t a target of any investigation.”

A Justice Department spokeswoman, Aryele Bradford, said the department had no comment.

Shortly after James’ death, the Georgia Bureau of Investigation released body camera video that showed deputies announcing themselves at the home’s darkened door, then immediately forcing their way inside. Multiple gunshots were fired within seconds.

The deputy wearing the body camera was carrying a shield that obstructed much of the video. It doesn’t show who opened fire, and neither James nor Brown can be seen in the three-minute clip.

Attorneys for James’ family insist deputies failed to give the home’s occupants enough time to come to the door and that Brown opened fire not knowing that it was law enforcement officers who had forced their way inside.

District Attorney Keith Higgins didn’t see it that way. In April, almost a year after the shooting, Higgins concluded that the deputies involved wouldn’t face charges.

“While any loss of life is always tragic, the officers’ use of force in this instance was justified to protect their lives,” Higgins said in a statement at the time.

Instead, Higgins’ office succeeded in persuading a grand jury to indict Brown on a charge of felony murder, arguing that he was responsible for James’ death by firing a gun at deputies.

Authorities have not said publicly whether it was deputies or Brown who fired the shots that killed James. A spokeswoman for the district attorney’s office, Cheryl DiPrizio, declined to comment further on the case Tuesday, as did Mark Pro, a GBI agent assigned to the case.

Under Georgia law, someone can be convicted of felony murder if they commit a felony that results in a death, regardless of intent. Brown is also charged with felony counts of aggravated assault against peace officers, possessing cocaine with intent to distribute, and illegal possession of a firearm by a convicted felon.

Brown has pleaded not guilty to the charges. He remains jailed in Camden County.