WATERBURY, Conn. (AP) — Robbie Parker says he can tell when conspiracy theorist Alex Jones has said something on his show about the Sandy Hook school massacre, because that’s when another round of abuse begins.

Parker, whose 6-year-old daughter Emilie was killed, testified Thursday at Jones’ defamation trial in Connecticut about becoming the face and target for conspiracy theorists who believe the lie that the 2012 shooting that killed 20 first graders and six educators was a hoax. 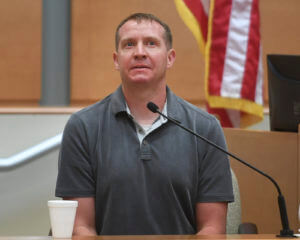 Robbie Parker, father of deceased Sandy Hook Elementary School student Emilie Parker, describes being confronted on the street by a follower of Infowars conspiracy theories during his testimony in Alex Jones’ defamation trial at Superior Court in Waterbury, Conn., on Thursday, Sept. 29, 2022. (Brian A. Pounds/Hearst Connecticut Media via AP, Pool)

The harassment began, he said, after Jones featured on his Infowars show a video of Parker smiling just before a news conference the day after the shooting. Jones and his guests would repeatedly point to the video as proof that Parker and others were “crisis actors.”

Parker said that has led to a decade of abuse and forced his family to move about 3,000 miles (4,828 kilometers) away to Washington state.

“It would come in these waves,” Parker said of the harassment. “It was almost like I knew when Alex Jones said something, because we would get a huge wave of stuff.”

Parker said it all began the day after Emilie died when reporters besieged their family and friends to get information about her. He wanted to make his own statement about who his oldest daughter had been.

Just before going to the microphones, Robbie Parker’s father had encouraged him to “go get ’em” and then called him by the name of a mascot that Robbie had portrayed during high school at athletic events. Parker chuckled for a moment before reading his statement, he testified.

He now can’t bear to watch the video, because of how it came to be used. He pointed to the testimony of Ian Hockley, the father of another slain child, Dylan Hockley. Ian Hockley talked about an abusive flier that was placed on the windshield of his car showing a smiling Parker and suggesting the shooting didn’t happen.

“I was so ashamed in my belief that I had brought this on everybody,” Parker testified.

The trial is schedule to resume Tuesday with more testimony by victims’ relatives. It is being held in Waterbury, about 20 miles (32 kilometers) from the site of the school shooting in Newtown.

A judge last year found Jones and Infowars’ parent company, Free Speech Systems, liable by default for defaming and inflicting emotional distress on the plaintiffs — eight families who lost loved ones and an FBI agent who was among the first responders. The jury of three men and three women will be determining how much in damages Jones and his company should pay them.

Parker is among a dozen victim family members who have taken the stand and in emotional testimony detailed death and rape threats, mail from conspiracy theorists that included photos of dead children and in-person confrontations with people telling them their children or wives or mothers never existed. 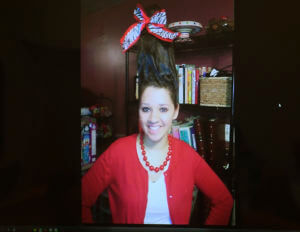 A photo of deceased Sandy Hook Elementary School teacher Victoria Soto, showing the fun personality that she shared with her students, is displayed to the jury panel during testimony in Alex Jones’ defamation trial at Superior Court in Waterbury, Conn., on Thursday, Sept. 29, 2022. (Brian A. Pounds/Hearst Connecticut Media via AP, Pool)

Slain teacher Vicki Soto’s brother, Matthew, testified Thursday, the trial’s 11th day, that he was approached at his own high school by someone questioning whether his family was real and if his sister really died, less than a month after the shooting.

“I don’t even remember what I said to the person, but I went down to my guidance counselor’s office and I sat in his office and I had a panic attack for hours,” he said.

Soto also said he dropped a history class at Southern Connecticut State University several years ago when the professor, on the first day of the class discussing the media, asked how many students believed the Sandy Hook shooting actually happened, and some did not raise their hands.

Relatives said the harassment has not stopped, despite nearly 10 years having passed since the shooting.

Parker testified that a few years ago he was berated by a man who recognized him while walking on the streets of Seattle. The man kept following him and insisting he was lying about Emilie’s murder.

“I turned around and I looked at him and I’m paraphrasing at this point, but just ‘How dare you? You are talking about my daughter. She was killed. Who do you think you are? How do you sleep at night?’”

Jones’ lawyer, Norman Pattis, is trying to limit any damages the jury awards. In cross-examining witnesses, he has tried to show that Jones wasn’t directly linked to many instances of harassment and threats, and he has accused the victims’ relatives of exaggerating.

Jones in recent years has acknowledge the shooting happened, but claims the families are being used to push a gun-control and anti-free speech agenda. He also believes free speech rights allow him to question events.

He testified earlier in the trial that he is “done apologizing” for promoting the conspiracy theory.

He is expected to return to the stand next week as a defense witness.

In a similar trial last month in Austin, Texas, home to Jones and Infowars, a jury ordered Jones to pay nearly $50 million in damages to the parents of one of the children killed in the shooting, because of the hoax lies. A third such trial in Texas involving two other parents is expected to begin near the end of the year. 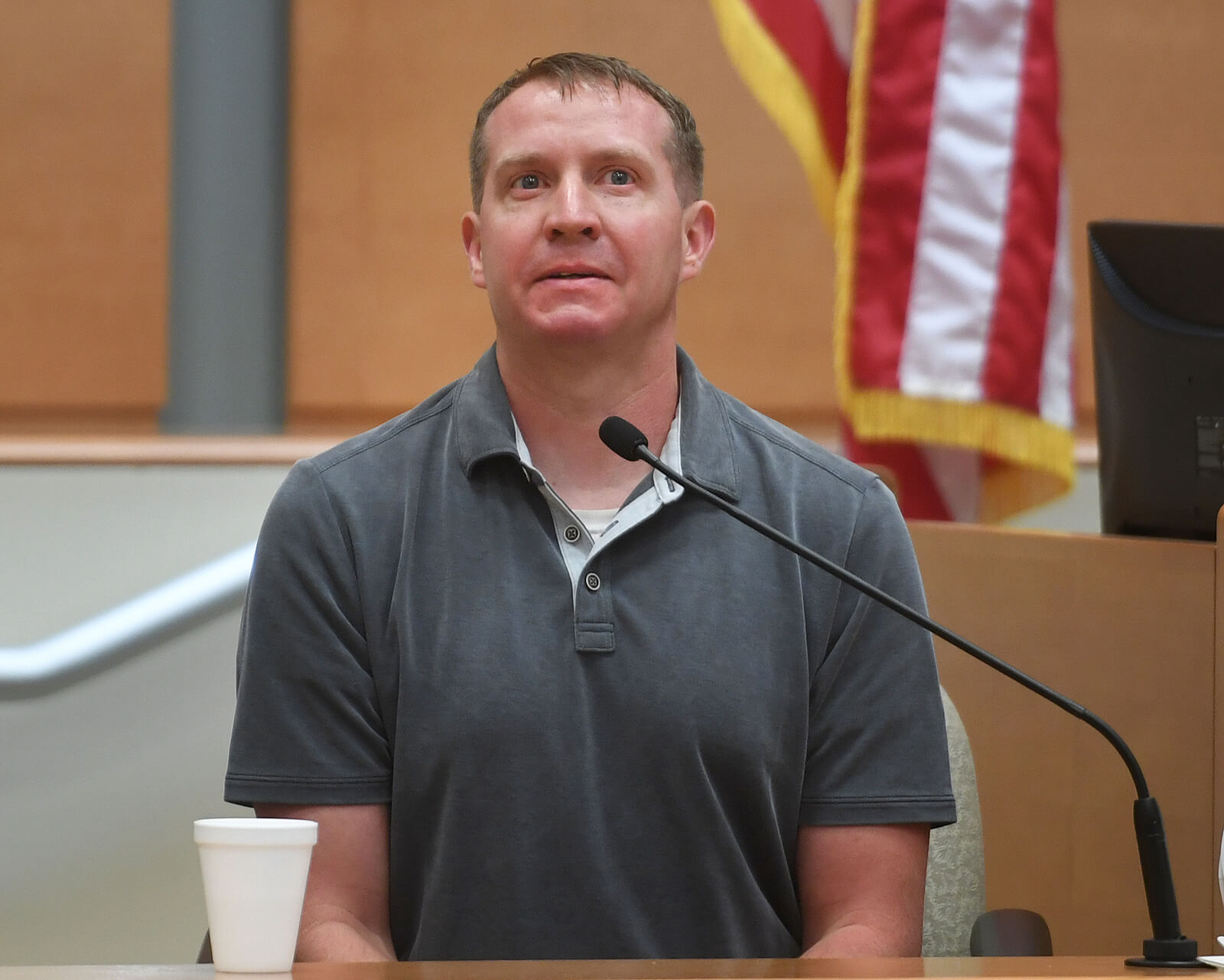