WATERBURY, Conn. (AP) — A mother who lost one of her sons in the 2012 Sandy Hook massacre testified Tuesday that her biggest fear is that people who believe the shooting was a hoax will harm her other son, who survived the attack at his school.

Nicole Hockley and her former husband, Ian Hockley, were the latest family members of the 26 victims of the school shooting to testify at the defamation trial of Alex Jones, where a jury is deciding how much the conspiracy theorist must pay for spreading the hoax lie.

Nicole Hockley said she’s been called an actress and threatened with violence by people who have written to her that her 6-year-old son, Dylan, either never lived or never died.

She keeps knives and a baseball bat by her bed because she fears being attacked, and has taken out a large insurance policy in the event she is killed, she said. 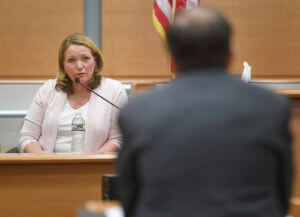 “I got sent pictures of dead kids, because I was told that as a crisis actor, I didn’t really know what a dead kid looked like, so this is what it should look like,” she said.

One piece of hate mail, she said, came from someone who cursed at her and her slain child and wrote, “We’re going to extend an RIP greeting to you,” with the words “rot in pieces” in parentheses. “I got a piece of mail telling me to slit my wrists before they did it for me,” she testified.

Nicole Hockley said her biggest worry is what would happen if her now 18-year-old son, Jake, is confronted by similar threats, “that as a young man he won’t know the right choice to make if he’s approached, because of what that might do to him in terms of making him angry because someone is questioning his own life, questioning the life and death of his brother, his parents.”

Earlier, Ian Hockley testified that he was ridiculed online as a “party boy” and an actor after posting a video of the memorial service for Dylan, because when he found the service uplifting, he smiled.

“That is what that video started to attract is people saying this must be fake,” he said. “He’s an actor. He’s smiling. ‘Oh, you’re out of character,’ all of those things started to appear until we took our video down.”

He said it was “abominable” and “frightening” that the hoax lie was spread to millions of viewers of Jones’ Infowars show. 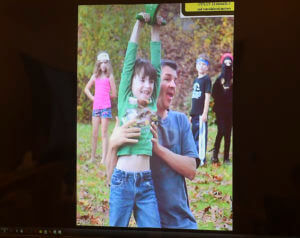 A photo of Ian Hockley and his son Dylan is displayed for the jury panel during Hockley’s testimony in the Alex Jones defamation trial at Superior Court in Waterbury, Conn. on Tuesday, Sept. 27, 2022. (Brian A. Pounds/Hearst Connecticut Media via AP)

Jillian Soto-Marino, the last witness of the day, testified she was accosted at charity 5K race for her sister, by Matthew Mills, a conspiracy theorist who had been a guest on Jones’ Infowars show. Mills was arrested at the event for harassing Soto-Marino with allegations that her sister, first-grade teacher Vicki Soto, never existed. He was sentenced to two years probation.

“These lies have taken away my sense of security, my sense of safety,” Soto-Marino said. “Things that are supposed to be joyful, you don’t know what’s going to happen.”

Jones’ attorney, Norm Pattis, had Soto-Marino acknowledge that Mills never mentioned Jones or said that he was sent by Jones. She also said she had never watched any video of Jones before the trial started and never received correspondence from Jones or his Inforwars show. She said that as far as she know, Jones has never used her name.

Earlier in the trial, other relatives also gave often emotional testimony describing how they endured death or rape threats, in-person harassment and abusive comments on social media by people calling the shooting a hoax. Some moved to avoid the abuse.

Judge Barbara Bellis last year found Jones and his company liable by default for damages to plaintiffs without a trial, a consequence for what she called his repeated failure to turn over documents to their lawyers.

The jury of six will determine how much in damages Jones and Infowars’ parent company, Free Speech Systems, should pay relatives of five children and three adults killed at the school, for saying the shooting didn’t happen and inflicting emotional distress. An FBI agent who responded to the shooting also is a plaintiff. 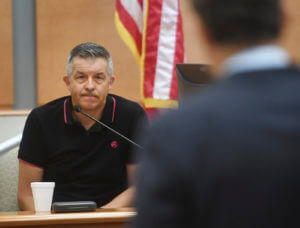 Last week, Jones got into a heated exchange with plaintiffs’ attorney Christopher Mattei, accusing the lawyer of “ambulance chasing” and saying he was done apologizing for claiming the shooting was staged. In recent years, Jones has acknowledged the massacre happened, but says the families of victims are being used to push a gun-control and anti-free speech agenda.

Outside the courthouse and on his Infowars show, Jones has referred to the proceedings as a “show trial” and a “kangaroo court” and called Judge Barbara Bellis a tyrant, posting an image of her with lasers shooting from her eyes.

On Tuesday, Bellis said she would refrain from issuing any gag orders against Jones, but said that could change.

Also during the trial Tuesday, the plaintiffs’ lawyers played a video of a deposition earlier this year of a former Infowars producer, Nico Acosta, who said Jones “not infrequently” said things on his show he knew was false.

Acosta, who worked for the show from 2013 to 2018, said he left Infowars because he had “reached a saturation point with the toxicity,” alleging a lack of ethics in how Jones covered stories. He said he didn’t like the effect the content was having.

Bellis has ordered Jones not to mention in his testimony several topics, including free speech rights and his claims he only discussed Sandy Hook in a small percentage of his shows.

Defense attorney Norm Pattis is arguing that any damages should be limited and accused the victims’ relatives of exaggerating the harm the lies caused them.

In a similar trial last month in Austin, Texas, home to Jones and Infowars, a jury ordered Jones to pay nearly $50 million in damages to the parents of one of the children killed in the shooting, because of the hoax lies. A third such trial in Texas involving two other parents is expected to begin near the end of the year. 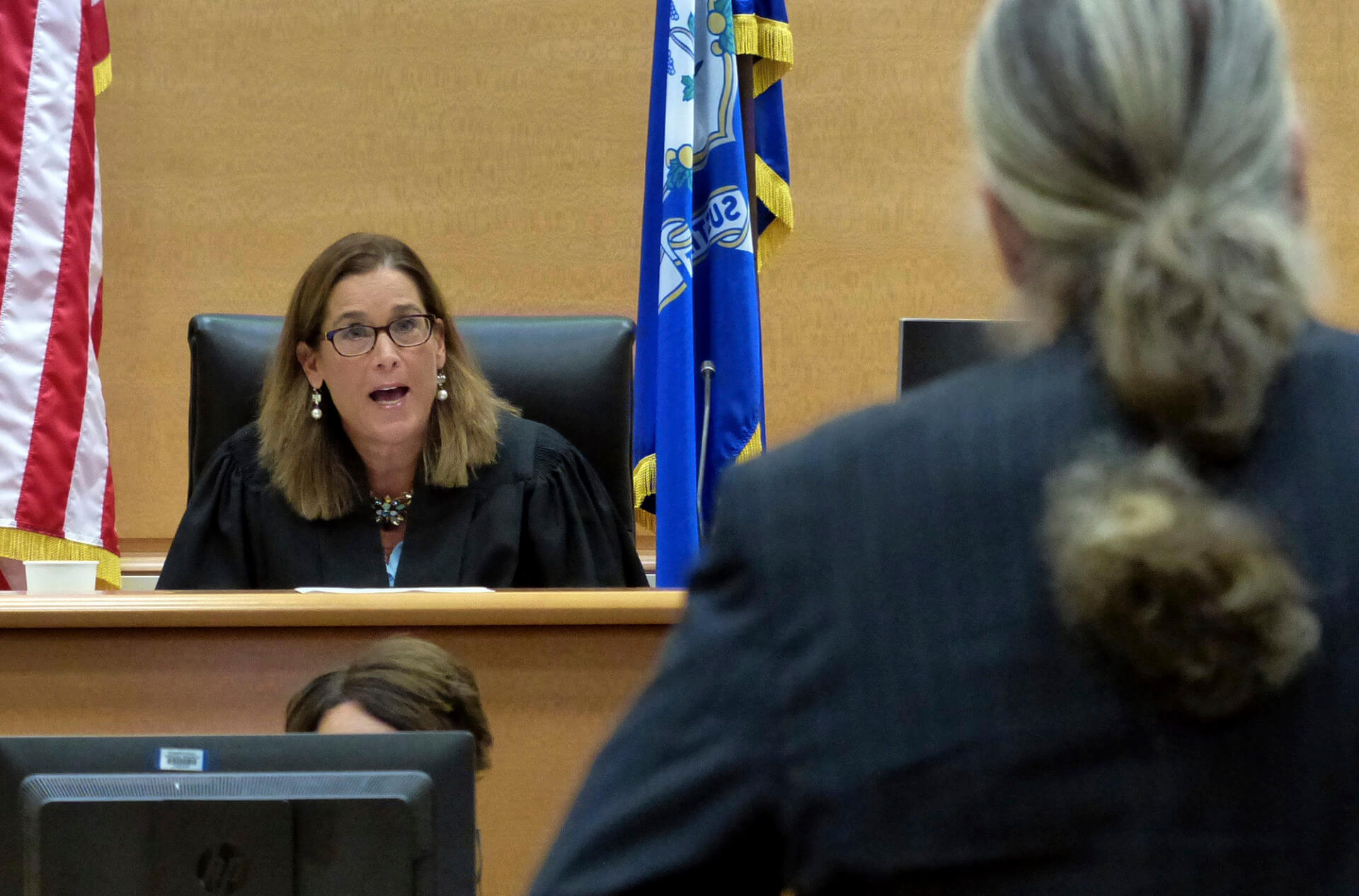