SACRAMENTO, Calif. (AP) — A Florida man pleaded guilty Monday to defrauding the state of California out of more than $10 million in tobacco taxes, federal prosecutors said.

Akrum Alrahib, 43, a former California resident now living in Miami, admitted conspiring to commit mail fraud. The crime carries a maximum penalty of five years in prison and a $250,000 fine when he is sentenced Dec. 13. 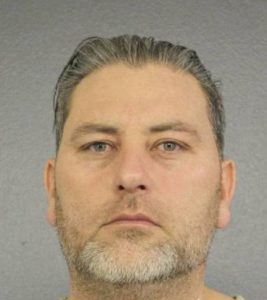 He admitted providing untaxed tobacco products like cigars, chewing tobacco and leaf tobacco to multiple people and companies in California between April 2016 and December 2017, prosecutors said, knowing the products would be sold illegally.

That deprived the state of the tax it would have collected, which varied during the time he was providing the products tax-free. The tax rate more than doubled during that period from 27.30% to 65.08% of the tobacco products’ wholesale cost.

Licensed tobacco distributors are required to collect and report the excise tax when they distribute the product within California.

“Tax evasion is not a victimless crime,” California Department of Tax and Fee Administration Director Nick Maduros said in a statement. “California communities lose critical tax dollars that pay for vital programs, and it isn’t fair for those hard-working business owners who play by the rules.”