WASHINGTON (AP) — A Florida man has been arrested on charges related to storming the U.S. Capitol during the Jan. 6 insurrection and attacking a police officer, officials said. 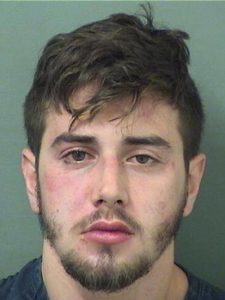 Mason Joel Courson, 26, of Tamarac, was arrested Tuesday and charged with eight federal offenses that include assaulting, resisting or impeding certain officers and inflicting bodily injury, civil disorder, and entering and remaining in a restricted building or grounds with a deadly or dangerous weapon, according to court records. He made his initial court appearance Wednesday in Florida, but the case is being prosecuted in Washington federal court.

According to court documents, Courson joined with others objecting to Democratic President Joe Biden’s election victory over former Republican President Donald Trump. A mob attacked the Capitol in an attempt to stop Congress from certifying election results, authorities said. Five people died in the violence.

An attorney for Courson didn’t immediately respond to a message seeking comment from The Associated Press.

Since Jan. 6, more than 700 people have been arrested in nearly all 50 states for crimes related to the breach of the U.S. Capitol, officials said. More than 220 people have been charge with assaulting or impeding law enforcement.