HANOVER, N.H. (AP) — A former Dartmouth College student was indicted by a grand jury for allegedly shooting out most of the lights on a menorah at the college with a BB gun last year. 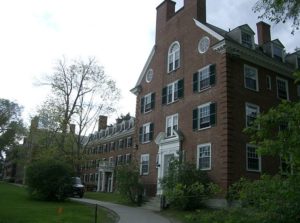 The former student, 20, of New York, has been charged with criminal mischief. The Valley News reports he’s accused of damaging seven of the nine lights on a menorah on the Dartmouth Green on Dec. 15, 2020. His lawyer had no comment.

At the time, Dartmouth President Phil Hanlon called it an “appalling act of anti-Semitism” perpetuated during Hanukkah.

But authorities later said they did not have enough evidence to press a hate crime charge.