OKLAHOMA CITY (AP) — The U.S. Supreme Court has scheduled oral arguments for April 27 in an appeal by the state of Oklahoma in what is known as the McGirt ruling.

The state argues in the case of Victor Castro-Huerta that it has concurrent jurisdiction to prosecute non-Native Americans for crimes committed against Natives on tribal reservations. 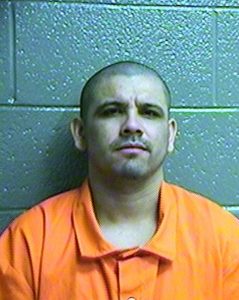 The state child neglect conviction and 35-year prison sentence of Castro-Huerta, a non-Native American, was overturned by the state appeals court.

Castro-Huerta was charged with malnourishment of his 5-year-old stepdaughter and has since pleaded guilty to a federal child neglect charge and is awaiting sentencing.

The state says federal authorities are overwhelmed since the court’s ruling that the state has no jurisdiction over crimes committed by or against Native Americans on reservations.

The Supreme Court in January agreed to hear the case at the same time that it refused Oklahoma’s request to overturn the McGirt ruling.

The ruling found some tribal reservations were never disestablished by Congress and that Oklahoma prosecutors lack the authority to pursue criminal cases against American Indian defendants on tribal lands.