HARRISBURG, Pa. (AP) — The Pennsylvania House voted unanimously on Wednesday to erase the word “homosexuality” from the definition of prohibited sexual acts in the state Crimes Code.

The 198-0 vote was on a bill to clean up language that supporters said does not belong there because homosexuality is not a crime. 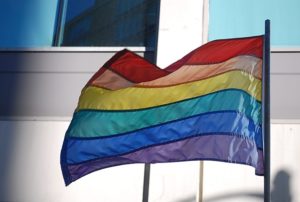 “This bill provides a long overdue update to our crimes code to ensure nobody is prosecuted because of who they love,” said the sponsor, Rep. Todd Stephens, R-Montgomery. “Eliminating this archaic language will also help promote a culture of acceptance and inclusion for our LGBTQ community across Pennsylvania.”

Under “prostitution,” state law currently defines sexual activity so that it “includes homosexual and other deviate sexual relations.”

Under the bill that was sent to the state Senate, that definition instead “includes sexual intercourse and deviate sexual intercourse … and any touching on the sexual or other intimate parts of an individual for the purpose of gratifying sexual desire of either person.”

“In this General Assembly, sadly, it’s a huge lift to merely agree that being gay shouldn’t be illegal,” Frankel said, urging members to move on anti-discrimination legislation.

Rep. Malcolm Kenyatta, D-Philadelphia, said under existing law state residents are vulnerable to losing their jobs or homes “simply because of who they are and who they love.”

“I hope that we have these same votes for enshrining nondiscrimination protections, which we sorely need to do,” Kenyatta said.

The bill also cuts “homosexuality” from the definition of sexual conduct in a section on “obscene and other sexual materials and performances.”