BLOOMINGTON, Ind. (AP) — An Indiana man has been sentenced to 65 years in prison for abusing his 12-year-old son and starving the boy to death.

Monroe Circuit Judge Christine Talley Haseman said Friday that nothing could justify the physical abuse and withholding of food and water that Luis Eduardo Posso Jr. inflicted on his young child. 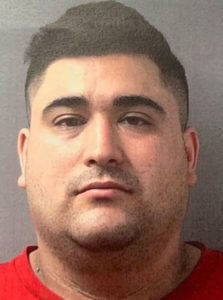 Before issuing her decision, Haseman detailed the brutal treatment that Eduardo Posso endured and showed photographs of the boy taken just a few years apart.

By the time of his death in 2019, Eduardo was the size of a typical 4-year-old and had been punched, slapped, kicked, shocked with a dog collar and chained up by his father and stepmother, Haseman said.

Posso’s behavior was “incomprehensible, heinous and cruel,” she said.

Posso pleaded guilty to murder in June and prosecutors agreed not to seek life in prison without parole, along with dismissing charges of neglect, criminal confinement and battery.

His wife, Dayana Medina-Flores, pleaded guilty to murder and received the same sentence in 2021 tied to her stepson’s death.

The Herald-Times reports that people sentenced to the maximum 65-year prison sentence for murder in Indiana typically serve three-fourths of their sentence — about 49 years.