STARKE COUNTY, Ind. (WRTV) — Justin Miller was sentenced to 65 years in prison Tuesday after he admitted to killing 11-month-old Mercedes Lain and burying her remains in the woods, according to the Starke County court reporter. 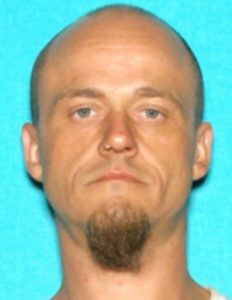 Miller pleaded guilty in December after Lain’s remains were found in August in Starke County, Indiana.

Miller said he was watching Lain — a relative’s daughter — at his girlfriend’s apartment in Mishawaka when he struck the crying child “a couple of times” while he was high on synthetic marijuana.

After discovering that Lain was dead, Miller said he borrowed gas money from a neighbor, drove to Starke County and buried the body in the woods.

The Marshall County Prosecutor’s Office said an autopsy found Lain died from blunt force injuries to the head and her death was a homicide.

This story was originally published Jan. 18 by WRTV in Indianapolis, an E.W. Scripps Company.