WATERBURY, Conn. (AP) — Infowars’ revenues and website viewership spiked as Alex Jones alleged on his show in 2014 that the Sandy Hook Elementary School shooting was a hoax, according to documents shown to a jury Thursday.

Jones and his Free Speech Systems company are on trial in Connecticut in a lawsuit brought by an FBI agent who responded to the shooting and relatives of eight of the 20 first graders and six educators killed in the December 2012 massacre in Newtown. They say Jones inflicted emotional and psychological harm on them, and they have been threatened and harassed by Jones’ followers. 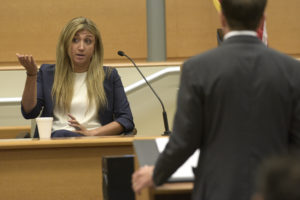 Jones has already been found liable for spreading the myth that the shooting never happened and the six-member jury in Waterbury will be deciding how much he and his company should pay the plaintiffs in damages. The trial started Tuesday and is expected to last a month.

Christopher Mattei, a lawyer for the families, showed internal Infowars documents detailing the revenue and website-visit spikes around the time of an article on Sept. 24, 2014, on the Infowars website that said no one died at Sandy Hook and Jones discussing the article on his show the next day.

The families’ lawsuit claims that Jones trafficked in lies to increase his audience and sales of the nutritional supplements, clothing and other merchandise he sells on the Infowars website and hawks on his web show. Jones and guests on his show said the shooting was staged with crisis actors as part of gun control efforts.

The discussion of revenue and web viewership came Thursday as Mattei spent a second day questioning Brittany Paz, a Connecticut lawyer hired by Jones to testify about his companies’ operations.

Paz also was asked about Infowars videos that show Jones and guests using lies and misinformation to claiming the massacre was staged. She acknowledged that much of what was said was not true. 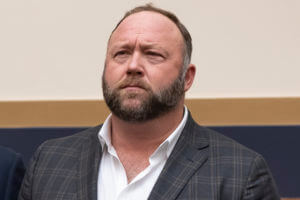 FILE – Infowars host and conspiracy theorist Alex Jones appears at Capitol Hill in Washington on Dec. 11, 2018. Jury selection is set for Monday, July 25, 2022 in a trial that will determine for the first time how much Infowars host Alex Jones must pay Sandy Hook Elementary School parents for falsely telling his audience that the deadliest classroom shooting in U.S. history was a hoax. (AP Photo/J. Scott Applewhite, File)

In the videos, Jones says the school shooting was a “giant hoax” and “the fakest thing since the $3 bill.” He said there were aerial images of student actors running in circles in and out of the school when the images actually were of a nearby firehouse where people gathered after the shooting. He also claimed CNN was using green screens in fake interviews with people in Sandy Hook.

Mattei later showed an email from a company executive showing internal conflict within Infowars about continuing to discuss conspiracy theories about the school shooting.

“The Sandy Hook stuff is killing us,” Infowars editor Paul Watson wrote, asking why the company was risking its reputation and audience by harassing the parents of dead children.

Last month, a jury in Texas awarded the parents of one of the slain Sandy Hook children nearly $50 million in a similar lawsuit against Jones and his company.

Paz acknowledged that Infowars broadcasted misinformation. She also acknowledged that Jones did not check the qualifications of a guest who appeared numerous times on his show—- a conspiracy theorist who claimed to be a school security expert who had investigating the 1999 massacre at Columbine High School in Colorado — even as Jones boasted of his credentials and Infowars received emails questioning the guest’s credibility.

Paz testified that she believes Jones and his companies have made at least $100 million in the decade since the massacre and Jones is now worth millions of dollars. Website traffic data reports run by Infowars employees and presented at the trial also show that by 2016, his show aired on 150 affiliate radio stations, and the Infowars website got 40 million page views a month.

Jones now says he believes the shooting happened, but he insists his comments were protected by free speech rights, which he cannot argue at trial because he has already been found liable for damages.

The families say the emotional and psychological harm to them was profound and persistent. Relatives say they were subjected to social media harassment, death threats, strangers videotaping them and their children, and the surreal pain of being told that they were faking their loss.

Jones’ lawyer, Norman Pattis, said in his opening statement Tuesday that any damages should be minimal and claimed the families were exaggerating the harm they say they have suffered.

On his Infowars show Thursday, Jones once again called the proceedings in Connecticut “a show trial.”

The judge “now has to carry out this fraud,” he said. “But across the legal community, people are just saying, ’My God, this is something worthy of Venezuela. This is unbelievable.’” 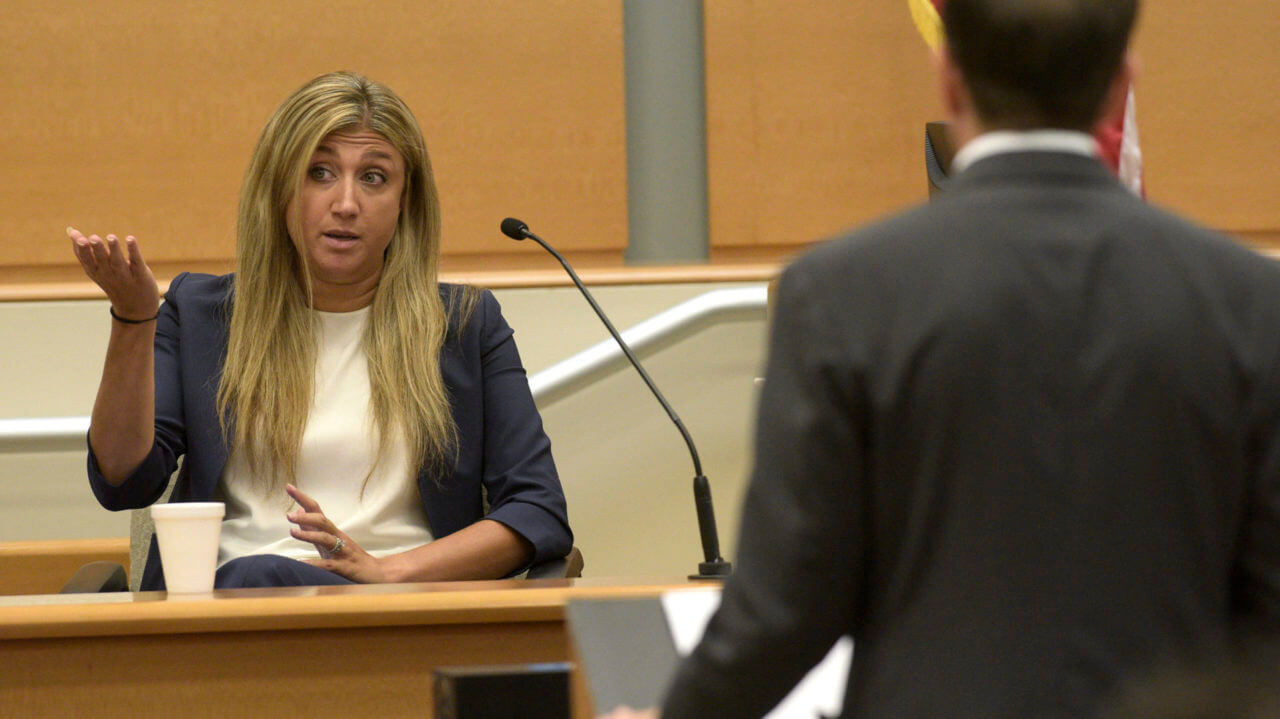