AUGUSTA, Maine (AP) — A Maine State Prison inmate has settled a lawsuit against the state Department of Corrections for the nearly two years he spent in solitary confinement.

Under an unusual settlement Doug Burr’s attorney fees will be reimbursed in the amount of $170,000, prison staffers will be required to undergo training to act as disciplinary hearing officers, and no person will spend more than 30 days in solitary without approval from the department commissioner, Maine Public Radio reported Friday. 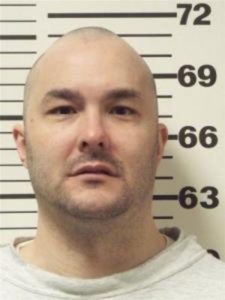 Burr, who is serving a 59-year sentence for murder, was accused of trafficking drugs with the help of his wife seven years ago and spent 22 months in an 8-by-10 foot cell without any evidence presented against him.

For 10 of those months he only came out of the cell for three showers per week and five hours of recreation in shackles. He was told that the only way he would return to general population is if he admitted to the crimes, according to the radio station.

“I cannot fathom in America today that we have a place where somebody can be held in solitary confinement and told that you’ll stay here until you admit that you committed the offense even if we can’t prove it. That is astounding to me,” Burr’s attorney Eric Mehnert said.

Deputy Corrections Commissioner Ryan Thornell said that before the settlement was reached the department took steps to reduce the number of people in solitary confinement.