NEVADA, Iowa (AP) — A man has been sentenced to more than 15 years in prison for burning an LGBTQ flag that was flying at a church in central Iowa. 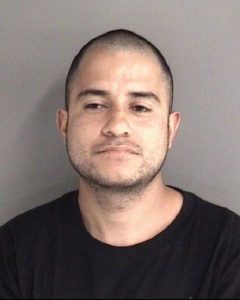 Adolfo Martinez, 30, of Ames, was sentenced Wednesday to 15 years for the hate crime of arson, as well as a year for the reckless use of explosives or fire, and 30 days for harassment. The sentences are to be served consecutively, Story County court records show.

A jury convicted Martinez in November. He was arrested in June.

Martinez said he tore down the flag that had been hanging from the United Church of Christ in Ames and burned it because he opposes homosexuality.