DINWIDDIE COUNTY, Va. (WTVR) — Near a pavilion at Eastside Community Park, a grill smoked, balloons bounced in the wind, and pictures of Jasmine Moore sat near party decorations and cupcakes. Family and friends of the 24-year-old gathered Sunday to love on each other and remind the world that it has been one year since Moore was last seen.

“It’s like she just disappeared without a trace. Some days, I feel like I can’t breathe because I wake up in panics, and I can see her face. It’s crazy, but it’s been hell,” said her mother, Lucinda Jordan. 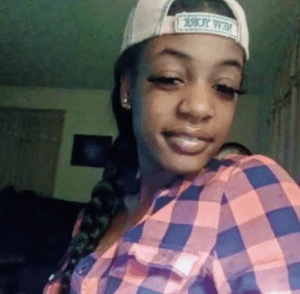 The Chesterfield mother was last seen by her friends at her home on the 20100 block of Rowanty Court late Saturday night on October 3, 2020, according to police. Her black, four-door sedan was found abandoned at an on-ramp to I-95 in Prince George County a few days later, investigators said.

“She wouldn’t have walked away. She has two beautiful children. So the unknown of what happened to her, that’s the worst part,” said Dwight Jordan, Moore’s father.

Moore’s family said she is a kind, bubbly, loving person, which makes the mystery of her disappearance all the more painful.

“I think about you every day, every day,” Lucinda said to her daughter through tears. “We just want her back, good, bad or indifferent. Hope for the best.”

The Jordans said some family members travelled from out of state to attend Sunday’s celebration and remembrance event. While few details are publicly known about what happened to Moore, it is clear her family will not rest until they know where Jasmine is at.

“Just to let her know, wherever she’s at, that she’s not forgotten. That we love her. She’s still in our lives. That’s why wanted to do this. We’ll continue to do this every year, until she returns,” Dwight said.

“I know someway, somehow, you going to come home to me, to us, because we miss you. Anybody that know anything about her, please call somebody!” Lucinda said.

“There were no keys in the vehicle,” Conner stated. “We’ve looked through it and are trying to see if there’s anything in the vehicle that may lead to her whereabouts.”

Moore is described as 5 feet 8 inches tall and 180 pounds. She has black hair and brown eyes.

Chesterfield Police said Moore’s case remains active. Anyone with information about Moore’s whereabouts should contact the Chesterfield County Police Department at 804-748-1251 or Crime Solvers through the P3 app.

This is a developing story, so anyone with more information can email newstips@wtvr.com to send a tip.

This story was originally published Oct. 3, 2021, by WTVR in Richmond, Va., an E.W. Scripps Company.