One-time Texas Rangers slugger Josh Hamilton pleaded guilty Tuesday to a misdemeanor in a case arising from an altercation with his teenage daughter, officials said.

Hamilton, 40, pleaded guilty in Fort Worth, Texas, on Tuesday to unlawful restraint under a plea deal that dismisses a 2020 felony indictment for injury to a child, the Tarrant County Criminal District Attorney’s Office said in social media postings. 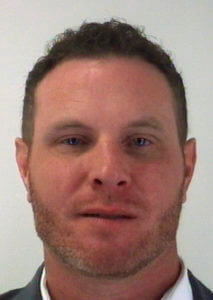 State District Judge Mike Thomas sentenced Hamilton to one year of deferred probation, fined him $500 and ordered him to pay court costs, do community service and attend parenting and anger management classes. Thomas ordered him not to consume alcohol, be subject to random urine drug tests and have no contact with the daughter he restrained. If he satisfies the probation’s requirements, the charge will be dismissed.

Hamilton’s attorneys had said the Texas Rangers Hall of Famer was innocent of injury to a child.

His 14-year-old daughter told her mother, Hamilton’s ex-wife, that her father struck her after he became enraged by a comment from her.

According to an affidavit by a Keller Police Department detective, Hamilton’s daughter told police that he went on a rampage on Sept. 30, 2019. She says she made a comment to Hamilton that upset him, so he threw a full water bottle overhand at her, hitting her in the chest, then cursed and shouted at her.

The girl said at this point she was telling Hamilton, “I’m sorry.” Upon reaching her bedroom door, he tossed the teen onto her bed, pressed her face onto the mattress and began hitting her legs with an open hand and closed fist.

She said that after he finished striking her, he said he hoped she would tell the judge “what a terrible dad I am so I don’t have to see you anymore, and you don’t have to come to my house again.”

As he left the room, Hamilton’s daughter said he told her to gather her things for school. When she replied that she had already put them in the car, he responded, “Well, aren’t you just the perfect child.”

The matter “has been a nightmare, to put it mildly,” according to a statement read on behalf of the daughter when Hamilton entered the plea.

“My mom has taught me to forgive and how to love well, set boundaries, and pray for those who hurt us, but it isn’t always easy. I hope for all of our sakes he gets the help he needs.,” she said.

Hamilton also has two other daughters with his former wife, Katie Chadwick Hamilton.

After Hamilton was the first overall pick out of high school in the 1999 amateur draft by Tampa Bay, his career was nearly destroyed by cocaine and alcohol addiction. He returned to baseball with Cincinnati and made his big-league debut in 2007 when he hit 19 homers in 90 games before being traded to the Rangers. He was part of their only two World Series teams (2010 and 2011) and was an All-Star five seasons in a row.

An awe-inspiring display in the Home Run Derby at Yankee Stadium in 2008 was a highlight of his career when the first-time All-Star led the American League with 130 RBIs while hitting .304 with 32 homers in his first full season. He hit four homers in the 2010 AL Championship Series and had a four-homer game at Baltimore in 2012.

Hamilton left the Rangers in free agency, signing a $125 million, five-year deal with the Los Angeles Angels before the 2013 season. He was recovering from shoulder surgery when the Angels traded him back to Texas in 2015 after his two injury-plagued seasons with Los Angeles. He played 50 games for Texas in 2015 but never again after he underwent surgery at least three times afterward.