WEST PALM BEACH, Fla. (AP) — A federal judge on Thursday ordered the Justice Department to put forward proposed redactions as he committed to making public at least part of the affidavit supporting the search warrant for former President Donald Trump’s estate in Florida.

U.S. Magistrate Judge Bruce Reinhart gave prosecutors a week to submit a copy of the affidavit with proposed redactions for the information it wants to keep secret after the FBI seized classified and top secret information during a search at Trump’s Mar-a-Lago estate last week. 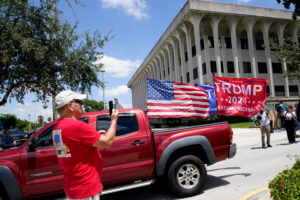 A vehicle with flags in support of Donald Trump drives outside of the Paul G. Rogers Federal Courthouse, Thursday, Aug. 18, 2022, in West Palm Beach, Fla. Attorneys for the nation’s largest media companies are presenting their case before a federal magistrate judge to make public the affidavit supporting the warrant that allowed FBI agents to search former President Donald Trump’s Mar-a-Lago estate in Florida. (AP Photo/Lynne Sladky)

The hearing was convened Thursday after several news organizations, including The Associated Press, sought to unseal additional records tied to last week’s search, including the affidavit. It is likely to contain key details about the Justice Department’s investigation examining whether Trump retained and mishandled classified and sensitive government records.

The Justice Department has adamantly opposed making the affidavit public, arguing that doing so would compromise its ongoing investigation, would expose the identities of witnesses and could prevent others from coming forward and cooperating with the government.

The attorneys for the news organizations, however, argued that the unprecedented nature of the Justice Department’s investigation warrants public disclosure.

“You can’t trust what you can’t see,” said Chuck Tobin, a lawyer representing the AP and several other news outlets.

In addition to ordering the redactions, the judge agreed to make public other documents, including the warrant’s cover sheet, the Justice Department’s motion to seal the documents and the judge’s order requiring them to be sealed.

Those documents showed the FBI was specifically investigating the “willful retention of national defense information,” the concealment or removal of government records and obstruction of a federal investigation. 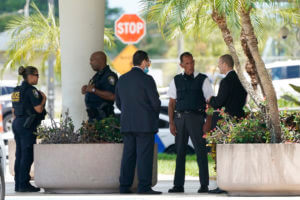 Jay Bratt, a top Justice Department national security prosecutor, had argued that the affidavit should remain hidden from the public. Unsealing it, he said, would provide a “road map” of the investigation — which is in its “early stages” — and expose the next steps to be taken by federal agents and prosecutors.

He argued it was in the public interest for the investigation, including interviews of witnesses, to go forward unhindered.

As the hearing kicked off, a small caravan of vehicles with Trump flags drove past the federal courthouse in West Palm Beach, Florida. An attorney for Trump, Christina Bobb, was in the courthouse Thursday but said she was only there to observe the court proceeding.

Bratt argued in court that even a redacted version of the document could reveal investigative steps or create the ability for sleuths or those being eyed in the investigation to identify witnesses in the case. He also contended that the Justice Department had already gone to rare lengths to bring transparency, including making a request for the court to unseal the warrant and property receipt, which were made public last week.

“There is heightened interest,” he conceded. “This is likely an unprecedented situation.”

Trump, in a Truth Social post last week, called for the release of the unredacted affidavit in the interest of transparency.

Reinhart gave the government until next Thursday to submit its version with the proposed redactions. He said he would then review it and may meet lawyers for the government and give them a chance to make an argument for why specific information should be withheld.

Justice Department attorneys have argued in a court filings that the investigation into Trump’s handling of “highly classified material” is ongoing and that the document contains sensitive information about witnesses.

A recent filing by Bratt and Juan Antonio Gonzalez, the U.S. attorney in Miami, says making the affidavit public would “cause significant and irreparable damage to this ongoing criminal investigation.”

“If disclosed, the affidavit would serve as a roadmap to the government’s ongoing investigation, providing specific details about its direction and likely course, in a manner that is highly likely to compromise future investigative steps,” they wrote.

FBI agents searched Trump’s Mar-a-Lago estate on Aug. 8, removing 11 sets of classified documents, with some not only marked top secret but also “sensitive compartmented information,” according to a receipt of what was taken that was released Friday. That is a special category meant to protect the nation’s most important secrets that if revealed publicly could cause “exceptionally grave” damage to U.S. interests. The court records did not provide specific details about information the documents might contain. 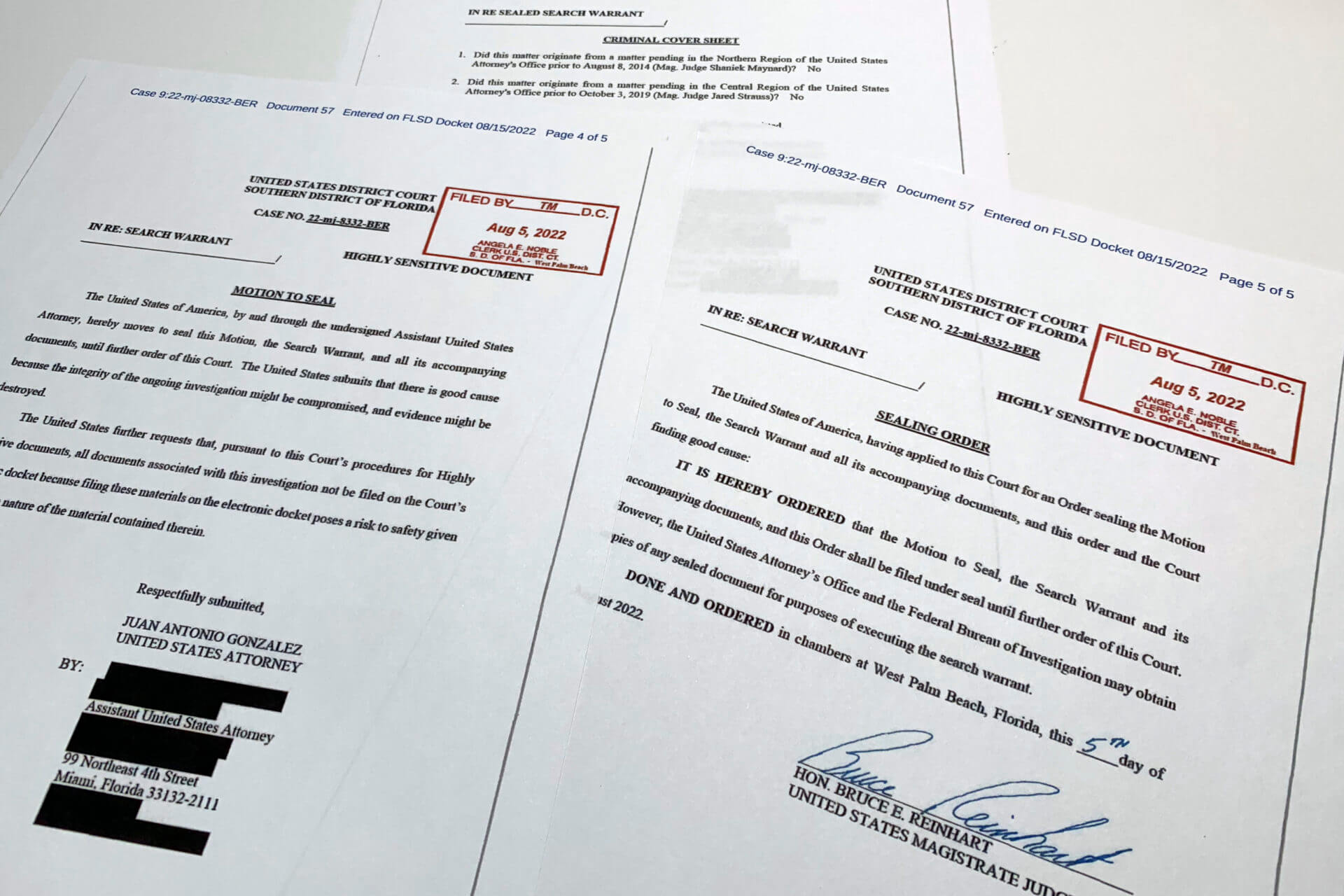