MIAMI (AP) — A judge gave final approval Thursday to a settlement topping $1 billion for victims of the collapse of a Florida beachfront condominium building that killed 98 people, one of the deadliest building failures in U.S. history. 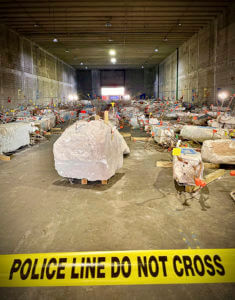 In this photo released by The National Institute of Standards and Technology on Wednesday, June 15, 2022, physical evidence from both the collapsed and imploded sections of Champlain Towers South is stored in a secure warehouse in Miami-Dade County, where it has been cataloged and evaluated by members of the National Construction Safety Team investigating the June 24, 2021, collapse. The federal investigation into the deadly collapse of a Florida beachfront condominium building is entering a new phase that involves cutting and drilling into concrete and steel to determine what role they played in the disaster, officials said Wednesday. (The National Institute of Standards and Technology via AP)

The decision by Miami-Dade Circuit Judge Michael Hanzman came a day before the one-year anniversary of the Champlain Towers South disaster in the Miami suburb of Surfside. The judge praised the dozens of lawyers involved for averting what could have been years of litigation with no sure outcome for victims.

“It will never be enough to compensate them for the tragic loss they have suffered,” the judge said. ”This settlement is the best we can do. It’s a remarkable result. It is extraordinary.”

The deal sets up a $1.02 billion fund for people who lost family members in the collapse of the 12-story building, as well as those who suffered physical or mental injuries. Attorneys said another $200 million is available from the Champlain Towers condo association itself, including insurance.

About $100 million is earmarked for legal fees — that number will be finalized in September — and $96 million set aside for owners who lost one of the 136 units in the building based on the assessed value of each one. They range from more expensive four-bedroom units with ocean views to those of lesser value with just one bedroom.

The process of determining the value of claims for the 98 deaths and any injuries will conclude by Aug. 26, Hanzman said. Each person who filed a claim by a July 18 deadline has a right to a private hearing before a judge, but that is not required.

The issue will be figuring out how much a life or injury is worth. Compensation claims for loss of life typically involve several factors and could include, for example, the lifetime earning potential of the deceased.

“My goal is really to make it as painless as possible,” Hanzman said.

No victims filed objections to the settlement or decided to opt out, said court-appointed receiver Michael Goldberg. Several people who lost family members or property said in court Thursday that they are grateful for such a swift conclusion to a horrific experience.

Raysa Rodriguez, who survived the collapse in a ninth-floor unit that was initially left intact, had nothing but praise for the outcome.

“You have no idea what a relief this is to me personally,” Rodriguez said. “I am so exhausted. I just want this to be done. I want these souls to rest.”

The ruling came during what’s called a fairness hearing, in which anyone with objections to the deal could raise them as the judge determined whether the settlement is “fair, reasonable and adequate,” according to court documents. 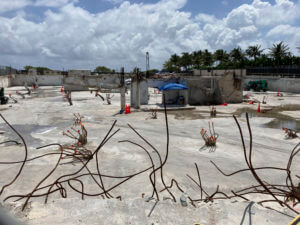 FILE – The site where the Champlain Towers South collapsed killing 98 people is shown on April 14, 2022, in Surfside, Fla. The federal investigation into the deadly collapse of a Florida beachfront condominium building is entering a new phase Wednesday, June 15, 2022, that involves cutting and drilling into concrete and steel to determine what role they played in the disaster, officials said. (AP Photo/Wilfredo Lee, File)

The money comes from 37 different sources, including insurance companies, engineering firms and a luxury condominium whose recent construction next door is suspected of contributing to structural damage of Champlain Towers South. None of the parties admit any wrongdoing.

A billionaire developer from Dubai is set to purchase the 1.8-acre (1-hectare) beachside site for $120 million, contributing to the settlement. That transaction is expected to close by the end of July.

People could begin receiving checks for their losses in September, the judge said.

Champlain Towers South had a long history of maintenance problems and questions have been raised about the quality of its original construction and inspections in the early 1980s. Other possible factors include sea level rise caused by climate change and damage caused by salt water intrusion.

A final conclusion on the cause is likely years away. The National Institute of Standards and Technology, which is leading the federal probe in to the collapse, recently said invasive testing will begin soon on samples of material from the collapse site.

The tests will help investigators find potential flaws in structural elements of the building by looking into things such as density of the materials, how porous they were and if there was corrosion, NIST said.

The death toll in the Champlain Towers collapse ranks among the highest in U.S. history among similar disasters. The 1981 Hyatt Regency walkway collapse killed 114 people and a Massachusetts mill disaster in 1860 killed between 88 and 145 workers.

Anderson contributed to this story from St. Petersburg, Fla. 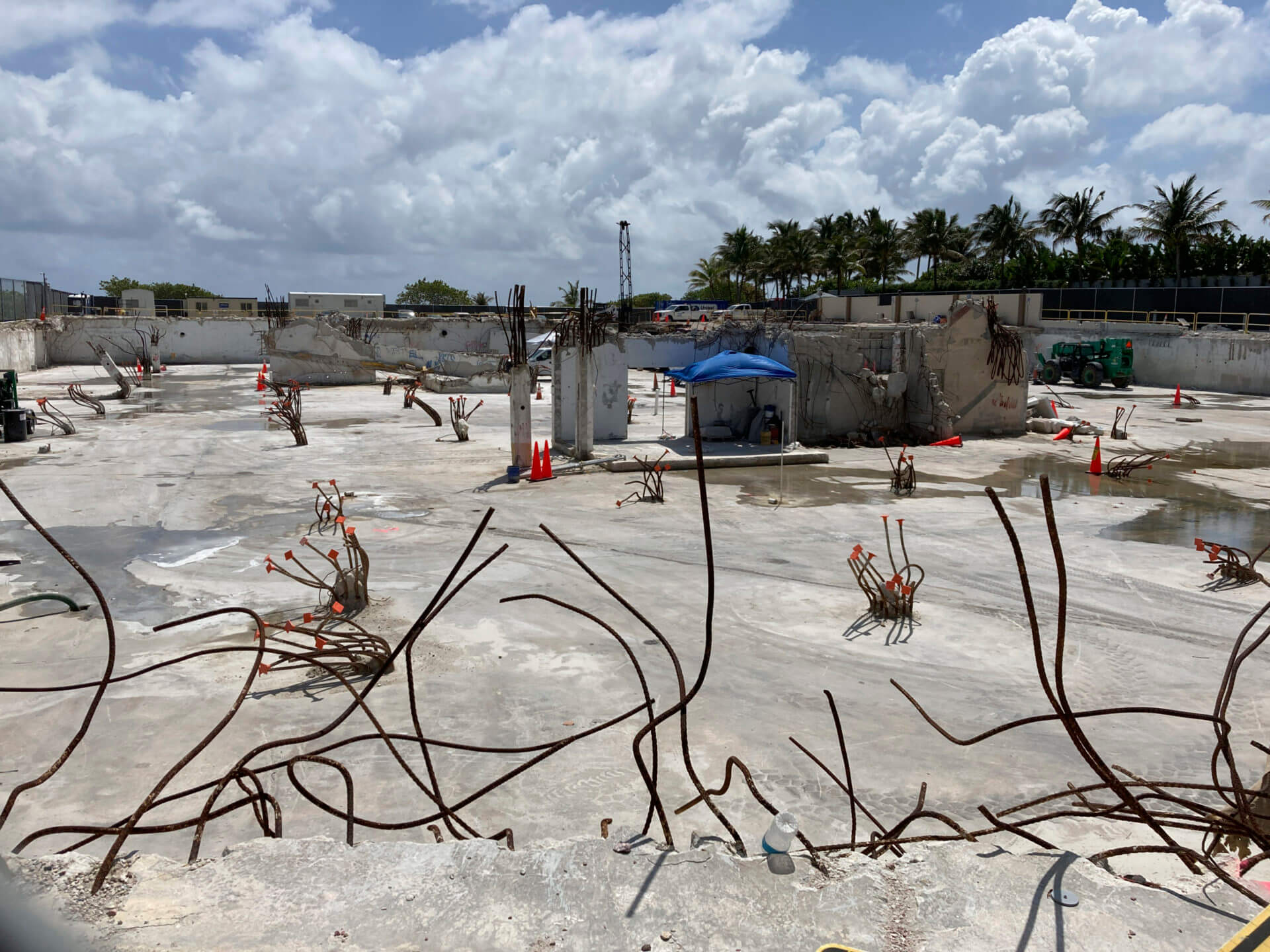 FILE - The site where the Champlain Towers South collapsed killing 98 people is shown on April 14, 2022, in Surfside, Fla. The federal investigation into the deadly collapse of a Florida beachfront condominium building is entering a new phase Wednesday, June 15, 2022, that involves cutting and drilling into concrete and steel to determine what role they played in the disaster, officials said. (AP Photo/Wilfredo Lee, File)
MORE NEWS