NEW YORK (AP) — A judge decried New York City’s problems with electric and gas-powered bikes on Wednesday as he sentenced the electric scooter rider who crashed into “Gone Girl” actor Lisa Banes to one to three years in prison for his manslaughter conviction.

Brian Boyd, 27, was led away in handcuffs after sentencing in Manhattan state court by Judge Gregory Carro in the death of Banes. She was struck by the scooter Boyd operated as she crossed a midtown Manhattan street in June 2021 and died 10 days later at a hospital. 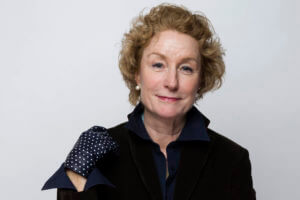 FILE – Actor Lisa Banes poses for photos in Park City, Utah, on Jan. 26, 2015. A judge decried New York City’s problems with electric and gas-powered bikes on Wednesday, Nov. 30, 2022, as he sentenced the electric scooter rider who crashed into the “Gone Girl” actor Banes to one to three years in prison for his manslaughter conviction. (Photo by Victoria Will/Invision/AP, File)

Carro said Boyd sped through a red light, struck Banes and fled to a bike shop, where he drank a beer.

The judge said the city “has a problem” with the motorized bikes and he wants drivers of unregistered and unlicensed bikes to know they can go to jail when they do harm.

Before Carro announced the sentence, which will require a year behind bars, Boyd said he was “extremely sorry.”

The sentence was consistent with an agreement Boyd signed before pleading guilty to manslaughter in September.

Banes was 65. She had appeared in numerous stage productions, television shows and movies, including “Gone Girl” in 2014 and “Cocktail” in 1988. On television, she had roles on “Nashville,” “Madam Secretary,” “Masters of Sex” and “NCIS.”

Her stage career included Broadway appearances in the Neil Simon play “Rumors” in 1988, the musical “High Society” in 1998 and the Noel Coward play “Present Laughter” in 2010.

Her wife, Kathryn Kranhold, a former contributor to the Center for Public Integrity and the International Consortium of Investigative Journalists, urged the judge to impose a “very significant term of imprisonment” for Boyd, who she said was poised to benefit from a “very sweet plea deal.”

Speaking at a lectern, she described her panic when Banes failed to arrive at dinner and when she saw her comatose wife with bloody hair on life support.

“My life stopped at that moment,” Kranhold said.

She described Banes as a “fierce defender of justice for everyone” with an infectious “love for life” who never shied away from heavy issues and who cried when Kamala Harris was sworn in as vice president.

Boyd, though, was a “danger to anyone in New York City, to anyone crossing the street,” Kranhold said, noting that Boyd didn’t help Banes after hitting her.

“He cared more about his bike,” Kranhold said.

Assistant District Attorney Erin LaFarge urged the judge to enhance the sentence to three to nine years, saying the terms of the plea bargain should be scrapped because Boyd lied to a court officer after his plea.

She said a video recording of the crash showed that Boyd falsely claimed Banes was distracted by her phone and headphones as she crossed the street and that he stopped to help her.

“All of this is demonstrably false,” LaFarge said, adding that Boyd claimed he knew nothing about it when police found him weeks later. “He has not learned anything from this experience, and that is a terrifying thing.”