MAYVILLE, N.Y. (AP) — A judge refused to grant bail Thursday to the man accused of trying to kill Salman Rushdie as the acclaimed author prepared to give a talk in western New York.

Hadi Matar, 24, appeared in a western New York courtroom after a grand jury indicted him on charges that he rushed the stage at the Chautauqua Institution and stabbed Rushdie multiple times in front of a horrified crowd. 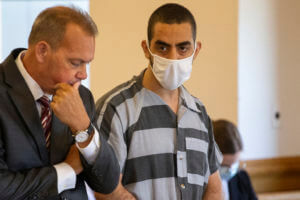 Defense attorney Nathaniel Barone, left, and Hadi Matar, 24, right, listen during an arraignment in the Chautauqua County Courthouse in Mayville, NY., Thursday, Aug. 18, 2022. Matar was arrested Aug. 12 after he rushed the stage at the Chautauqua Institution and stabbed Salman Rushdie in front of a horrified crowd. (AP Photo/Joshua Bessex)

Dressed in a black and white jail uniform, Matar stayed quiet during the hearing while his lawyer unsuccessfully tried to persuade the judge that he should be released while he awaited trial. Public defender Nathaniel Barone said Matar had no criminal record and wouldn’t flee the country if released.

Barone also asked the judge to do something to stop reporters from trying to contact Matar at the Chautauqua County jail. The lawyer said the jail had received “several hundred phone calls” from people trying to reach Matar.

Some of that media outreach resulted in Matar giving a brief interview to The New York Post, in which he talked about disliking Rushdie and praised Iran’s late supreme leader, Grand Ayatollah Ruhollah Khomeini.

Khomeini issued an edict in 1989 demanding Rushdie’s death over his novel “The Satanic Verses,” which some Muslims consider blasphemous. A semiofficial Iranian foundation had posted a bounty of over $3 million.

Matar’s lawyer complained that the media coverage could potentially lead to a biased jury. 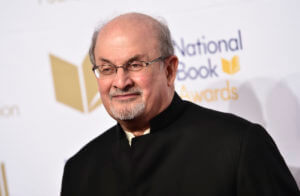 FILE – Salman Rushdie attends the 68th National Book Awards Ceremony and Benefit Dinner on Nov. 15, 2017, in New York. An Iranian government official denied on Monday, Aug. 15, 2022, that Tehran was involved in the assault on author Rushdie, in remarks that were the country’s first public comments on the attack. (Photo by Evan Agostini/Invision/AP, File)

Judge David Foley declined that request, but he ordered the lawyers involved in the case not to give interviews.

“No speaking to the press until we have resolved this issue,” the judge said.

Rushdie, 75, is getting treatment in a Pennsylvania hospital for severe wounds.

Chautauqua County District Attorney Jason Schmidt said during the court hearing that Matar stabbed Mr. Rushdie a dozen times in the neck, stomach, chest, hand and right eye, before he could be stopped by shocked bystanders.

“He doesn’t care about his own freedom, judge, and is so driven by his motives that his mission to kill Mr. Rushdie is greater in his mind and outweighs his own personal freedom,” Schmidt told the judge.

The author was seated in a chair at the lakeside retreat Aug. 12, waiting to be introduced for a discussion of protections for writers in exile and freedom of expression when Matar jumped onstage.

Henry Reese, 73, the cofounder of Pittsburgh’s City of Asylum, was onstage with Rushdie and suffered a gash to his forehead, bruising and other minor injuries.

Matar, who lived in Fairview, New Jersey, with his mother, is charged with attempted murder and assault. He could get decades in prison if convicted. He has pleaded not guilty. 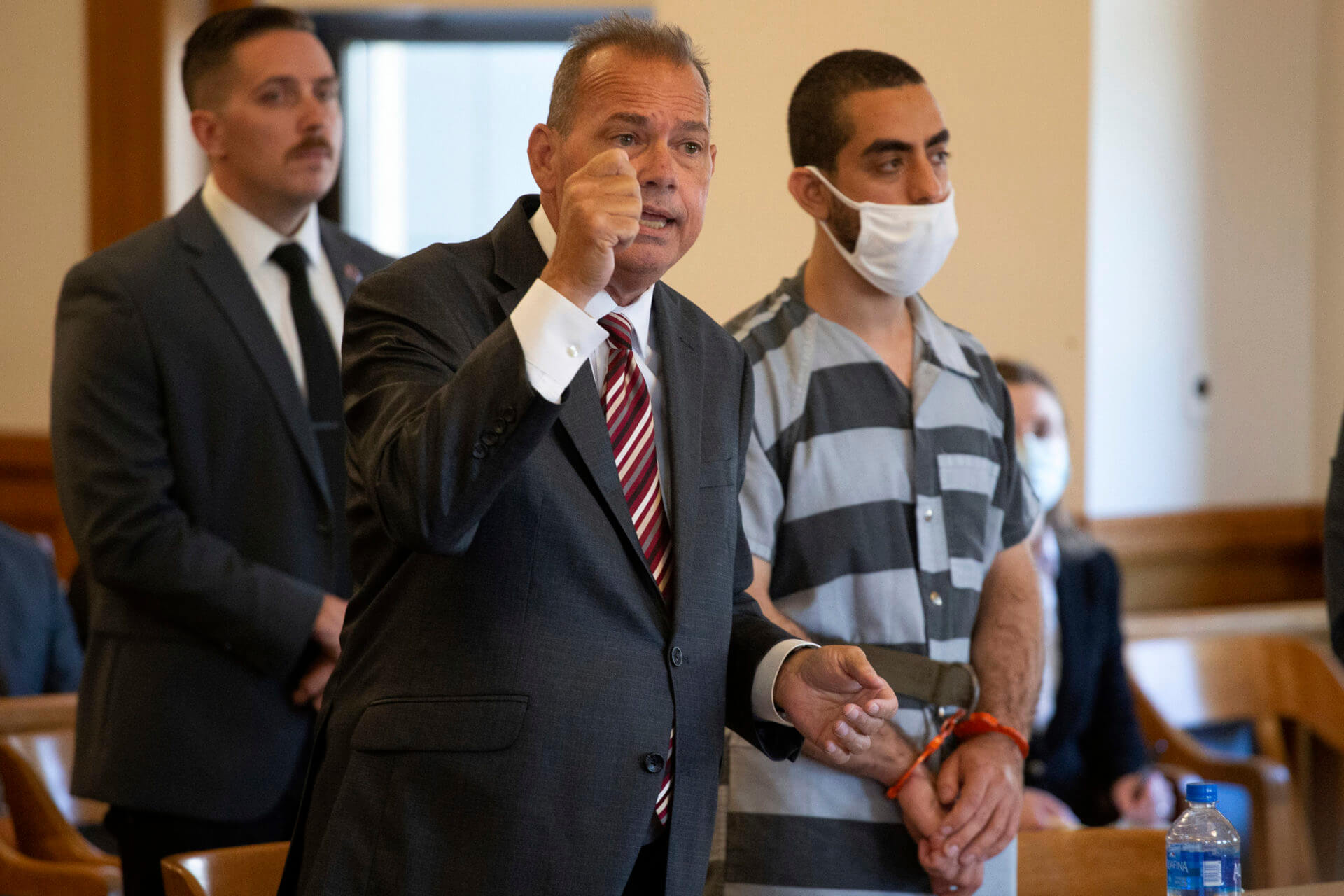 Hadi Matar, 24, right, listens as defense attorney Nathaniel Barone, center, speaks during an arraignment in the Chautauqua County Courthouse in Mayville, NY., Thursday, Aug. 18, 2022. Matar was arrested Aug. 12 after he rushed the stage at the Chautauqua Institution and stabbed Salman Rushdie in front of a horrified crowd. (AP Photo/Joshua Bessex)
MORE NEWS