DENVER (KOAA) — A Denver District Court judge has ordered that Elijah McClain’s amended autopsy report must be released to the public without redactions after news organizations sued, arguing it should be released.

Chief Judge Christopher J. Baumann ordered the release of the document, which is expected to be released by the Adams County Coroner’s Office by noon Friday. CPR News, which led the lawsuit, first reported the judge’s order Thursday. 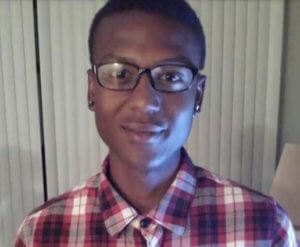 McClain, 23, died after Aurora Police Department officers put him into a carotid hold and Aurora Fire Rescue paramedics administered a powerful dose of ketamine that was above what was recommended for his weight. He went into cardiac arrest and was declared braindead several days later. He had been walking home from a convenience store when someone called police, reporting McClain looked “sketchy” because he was wearing a mask at the time.

The November 2019 autopsy report from the contracted pathologist found McClain’s cause and manner of death were “undetermined.” Former Adams County District Attorney Dave Young cleared the three officers involved in McClain’s violent arrest of any criminal charges and Nick Metz, Aurora’s chief of police at the time, said the officers did not violate any of the department’s policies.

But Allison Sherry of CPR News reported Sept. 2 that McClain’s autopsy had been amended based on confidential grand jury information that led to the indictment last year of three officers and two paramedics who face a 32-count indictment, which includes manslaughter and criminal negligent homicide, among other charges.

Their arraignments have been pushed back multiple times, most recently on Aug. 12, when they were rescheduled for Nov. 4.

Attorney Steve Zansberg had argued on behalf of the news stations that were seeking the autopsy report. Adams County Chief Coroner Monica Broncucia-Jordan said earlier this month her hands were tied and that she was not allowed to release the amended report because she had been ordered not to release any information about grand jury materials that she had been provided.

Zansberg argued that since the indictment includes a passage saying that “a forensic pathologist opined that the cause of death for Mr. McClain was complications following acute Ketamine administration during violent subdual and restraint by law enforcement and emergency response personnel, the manner of death was homicide.”

Zansberg argued in a filing that “the extent that any information in the [autopsy report] is recited in the indictment … that information is no longer subject to grand jury secrecy.”

The judge agreed, and Zansberg said the coroner would release it by noon Friday so the Attorney General’s Office can provide an advance copy to McClain’s family.

The Colorado Attorney General’s Office declined to comment Thursday. Denver7 has asked for comment from the Adams County Coroner’s Office.

This story was originally published Sept. 22, 2022 by KOAA in Colorado Springs, an E.W. Scripps Company.