MILWAUKEE, Wis. (WTMJ) — A Milwaukee County circuit court judge spoke with WTMJ Radio and expressed his regret over releasing a man convicted of sexual assault of a child. That man, according to police, went on to kill his ex-girlfriend and burn down her home while he was free.

Judge David Borowski said he wished he would’ve made a different decision. 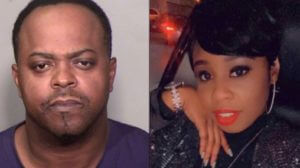 Borowski released Earnest Blakney last August after he was convicted of sexual assault of a child. WTMJ Radio said prosecutors had asked that Blakney be placed in jail while awaiting sentencing but Borowski denied the motion.

When Blakney was released, police say he killed his ex-girlfriend, Nikia Rogers, in her home. After killing her, he allegedly set her home on fire and fled.

According to a criminal complaint, crews found Roger’s body while putting out the fire. She’d been shot in the head, and an autopsy later revealed she was also shot in the back. Investigators also discovered lighter fluid near her body.

Two weeks later, Blakney was killed by Milwaukee Police following a high-speed chase. Police had disabled Blakney’s vehicle when he got out and allegedly started shooting at police. That’s when officers shot back and killed him.

A 22-year-old woman was injured during that shootout but police said previously that she would survive.

“I lost sleep over it. I’ve had an enormous amount of regret and second thoughts. It was a very difficult decision that obviously went sideways. It had the worst outcome one could have,” Judge Borowski said in the interview with WTMJ.

This story was originally published Dec. 1, 2022 by WTMJ in Milwaukee, an E.W. Scripps Company.