NEW YORK (AP) — Former President Donald Trump will have to answer questions under oath next week in a defamation lawsuit lodged by a writer who says he raped her in the mid-1990s, a judge ruled Wednesday.

U.S. District Judge Lewis A. Kaplan rejected a request by Trump’s lawyers that the planned testimony be delayed. The deposition is now scheduled for Oct. 19. 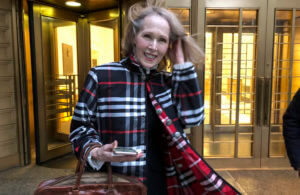 FILE – Columnist E. Jean Carroll leaves federal court, on Feb. 22, 2022, in New York. Former President Donald Trump will have to answer questions under oath next week in a defamation lawsuit lodged by the writer, who says he raped her in the mid-1990s, a judge ruled Wednesday, Oct. 12 2022. Carroll’s lawsuit claims that Trump damaged her reputation in 2019 when he denied raping her. (AP Photo/Larry Neumeister, File)

The decision came in a lawsuit brought by E. Jean Carroll, a longtime advice columnist for Elle magazine, who says Trump raped her in an upscale Manhattan department store’s dressing room. Trump has denied it. Carroll is scheduled to be deposed Friday.

Trump’s lawyer, Alina Habba, said in a statement: “We look forward to establishing on the record that this case is, and always has been, entirely without merit.”

Roberta Kaplan, Carroll’s attorney, said she was pleased with the ruling and looked forward to filing the new claims next month “and moving forward to trial with all dispatch.”

Trump’s legal team has tried various legal tactics to delay the lawsuit and prevent him from being questioned by Carroll’s attorneys, but Judge Kaplan wrote that it was time to move forward, especially given the “advanced age” of Carroll, 78, and Trump, 76, and perhaps other witnesses.

“The defendant should not be permitted to run the clock out on plaintiff’s attempt to gain a remedy for what allegedly was a serious wrong,” he wrote.

Carroll’s lawsuit claims that Trump damaged her reputation in 2019 when he denied raping her. Trump’s legal team has been trying to squash the suit by arguing that the Republican was just doing his job as president when he denied the allegations, including when he dismissed his accuser as “not my type.” 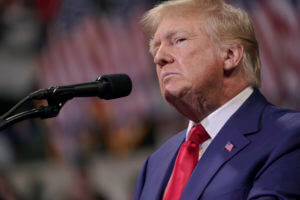 That’s a key question because if Trump was acting within the scope of his duties as a federal employee, the U.S. government would become the defendant in the case.

The 2nd U.S. Circuit Court of Appeals said in a split decision last month that Trump was a federal employee when he commented on Carroll’s claims. But it asked another court in Washington to decide whether Trump’s public statements occurred during the scope of his employment.

Kaplan, the judge, said Trump has repeatedly tried to delay the collection of evidence in the lawsuit.

“Given his conduct so far in this case, Mr. Trump’s position regarding the burdens of discovery is inexcusable,” he wrote. “As this Court previously has observed, Mr. Trump has litigated this case since it began in 2019 with the effect and probably the purpose of delaying it.”

The judge noted that the collection of evidence for the lawsuit to go to trial was virtually concluded, except for the depositions of Trump and Carroll.

“Mr. Trump has conducted extensive discovery of the plaintiff, yet produced virtually none himself,” Kaplan said. “Completing these depositions — which already have been delayed for years — would impose no undue burden on Mr. Trump, let alone any irreparable injury.”

The judge also said the deposition could be useful when Carroll’s lawyer next month files a new lawsuit under New York’s revival law, the Adult Survivors Act, allowing her to sue for damages for the alleged rape without the statute of limitations blocking it.

Whether the rape occurred is central to the defamation claims, as well as the anticipated new lawsuit, the judge said.