SPRINGFIELD, Ill. (AP) — Jurors on Monday convicted an Illinois Department of Corrections officer for violating the civil rights of an inmate brutally beaten at a western Illinois prison in 2018, but could not reach a verdict against a superior.

Alex Banta, 30, of Quincy, was convicted after a four-week trial in U.S. District Court of conspiracy to deprive civil rights, deprivation of civil rights, obstruction of an investigation, falsification of documents and misleading conduct. 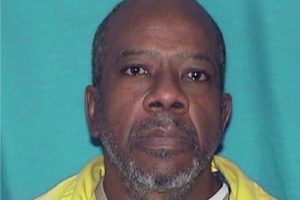 Banta faces up to life in prison because jurors also indicated Monday that in finding him guilty of the civil rights and conspiracy charges, those crimes led to the death of 65-year-old inmate Larry Earvin.

Members of the eight-man, four-woman jury, while unanimous on Banta’s culpability, were split 9-3 on the involvement of co-defendant Lt. Todd Sheffler.

The May 17, 2018 beating of inmate Earvin at Western Illinois Correctional Center in Quincy, 250 miles (400 kilometers) southwest of Chicago, resulted in 15 broken ribs and abdominal injuries so severe a portion of his bowel was surgically removed. He died June 26.

Earvin allegedly refused to return to his cell in the housing unit known as R-1 and a disturbance there summoned dozens of officers for an escort to the segregation unit.

Testimony indicated he was kicked and handled roughly in R-1, the government contends the debilitating and eventually fatal injuries were the result of kicking, punching, stomping and jumping on a prone Earvin in the segregation unit’s vestibule, where there are no cameras.

Banta was with Earvin for the bulk of the incident. Sheffler, 53, of Mendon, was not in R-1, but joined the escort along the way to segregation. According to jurors Kevin Sullivan, 59, of Springfield, and Roberta Clifton, 65, of Havana, three members of the eight-man, four-woman jury believed parts of the defense position that Earvin was injured in R-1.

“They came to the position that Mr. Banta was alongside Mr. Earvin in the escort from beginning to end, while Mr. Sheffler joined midway. But he had to know something had happened. He had to be part of the coverup.

The holdouts did not believe evidence proved additional beating in the segregation unit’s blind spot because the bulk of the testimony about it came from Corrections employees who admitted initially lying to the Illinois State Police or FBI. They included Sgt. Willie Hedden, 43, of Mount Sterling, charged along with Sheffler and Banta but who pleaded guilty and testified for the government in hopes of sentencing leniency.

Clifton and Sullivan said they didn’t resent the holdouts because, in Clifton’s words, “They’re trying to make sure they can sleep at night, too.”

But Sullivan said, “I’m frustrated. I don’t feel like we finished the job.”