NASHVILLE, Tenn. (WTVF) — The jury has been selected in the trial of Joseph Daniels who’s accused of killing his 5-year-old son, Joe Clyde Daniels. The evidence phase of the trial will begins Thursday at 1 p.m. in Dickson County.

Jury selection began Wednesday morning in Chattanooga. It was supposed to begin Tuesday, but much of the day was spent empaneling the pool of prospective jurors. This involves court officials excusing those who for whatever reason cannot serve on a jury. 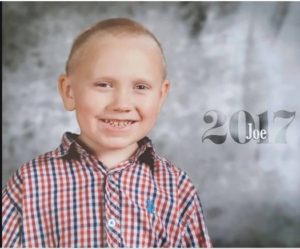 The 12-person jury was chosen from a pool of nearly 90 people in Chattanooga.

Now that the jury has been selected they will be brought to Dickson County by bus and sequestered for the duration of the trial.

Daniels is charged in the death of his missing son, Joe Clyde, who disappeared from his Dickson County, Tennessee home on April 4, 2018. Although the boy’s body has never been found, he is presumed dead.

Daniels initially confessed to killing the boy but later recanted that confession. His attorney, Jake Lockert, says he was coerced.

This story was originally published June 2, 2021, by WTVF in Nashville. Laken Bowles contributed to this report.