FLORENCE, Ky. (AP) — A Kentucky attorney has pleaded guilty to human trafficking charges after he was implicated in a former judge’s criminal case. 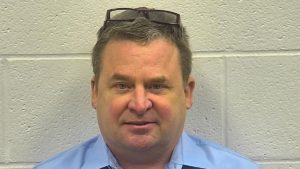 Poole was indicted in 2018 on 15 charges, including third-degree rape, after a nine-month investigation by the Erlanger Police Department and the attorney general’s office. Erlanger police said at the time that some of the sex crimes involved minors, The Herald-Leader reported.

The investigation into Poole’s activity began when police found evidence that implicated Poole in the case against former Campbell County District Judge Timothy Nolan. Nolan was sentenced to 20 years in prison for human trafficking in 2018.

The attorney general’s office said other charges are still pending against Poole in Boone County.