NEW YORK (AP) — A Manhattan jury found rapper Kidd Creole guilty of manslaughter Wednesday in connection with the 2017 fatal stabbing of a homeless man on the street. 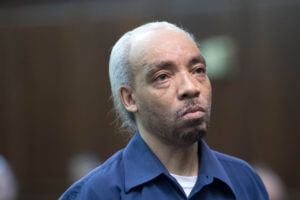 FILE – Rapper Kidd Creole, whose real name is Nathaniel Glover, is arraigned in New York Thursday, Aug. 3, 2017, after he was arrested on a murder charge. A Manhattan jury on Wednesday, April 6, 2022 found rapper Kidd Creole guilty of manslaughter in connection with the 2017 fatal stabbing of a homeless man on the street. (Steven Hirsch/New York Post via AP, Pool, File)

The rapper, whose real name is Nathaniel Glover, had gone on trial last month for the death of John Jolly, who was stabbed twice in the chest with a steak knife in midtown Manhattan in August 2017.

Prosecutors accused Glover, a founding member of Grandmaster Flash and The Furious Five, of stabbing the other man after becoming enraged because he thought Jolly was gay and hitting on him.

Glover’s attorney said it was out of self-defense. An email seeking comment was sent to the rapper’s attorney.

Glover, who had faced a murder charge, is scheduled to be sentenced on May 4.

Grandmaster Flash and The Furious Five formed in the late 1970s in the Bronx. The group’s most well-known song is “The Message” from 1982. They were inducted into the Rock and Roll Hall of Fame in 2007, the first rap group to be included.