YAVAPAI COUNTY, AZ (KNXV) — Yavapai County Sheriff’s Office has released the identity of “Little Miss Nobody,” a young girl who remained nameless for more than six decades after her killing.

The formerly nameless homicide victim whose body was found 62 years ago, was identified as Sharon Lee Gallegos of New Mexico, officials said Tuesday morning at a press conference in Prescott, AZ.

Gallegos had reportedly been abducted from the alley behind her home in Alamogordo, New Mexico, on July 21, 1960, when she was 4 years old. According to reports, she may have been stalked for some time prior to her disappearance.

Her body was found on July 31, 1960, by a school teacher looking for rocks in Sand Creek Wash near Congress, Arizona. Investigators determined the body had been burned and she was likely dead for a week prior to the discovery.

Since then, law enforcement and groups across the country had been working to identify the little girl. 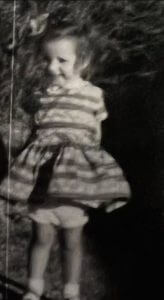 Earlier this year, a fundraiser was started to help pay for further DNA testing for “Little Miss Nobody.” It was quickly funded and her DNA profile went to a private laboratory, Othram, that came up with the result.

Officials said initial comparisons in age, footprints, and clothing did not match Gallegos, so the missing child was ruled out soon after the discovery. Law enforcement also reportedly received a tip from the public that the body may be that of Gallegos. However, it was never re-connected or confirmed until recently.

Years ago, the community provided a funeral and memorial for her with the moniker “Little Miss Nobody.” Now her family hopes to give her a proper headstone with her full name and birth date.

Rey Chavez, the nephew of Gallegos, spoke at the event Tuesday morning. Chavez said he was told his aunt was “feisty,” “happy-go-lucky” and loved to play with her cousins and run little errands around the neighborhood. However, Gallegos reportedly stopped being excited to go out just before her disappearance, he was told. They later realized it was likely because her abductors had scared her before she was taken.

“I wanted to be here to thank everybody…for relentlessly not giving this up,” Chavez said. “We were amazed at how the people (of the Prescott area) really rallied around her…Thank you for keeping my aunt safe and never forgetting her.”

He said the case has impacted his family greatly throughout the years.

While “Little Miss Nobody” now has a name, no suspects have been identified in her abduction or killing.

A set of adult shoe prints and other areas of disturbed soil were found by investigators, but the evidence didn’t lead to much. With high summer temperatures, the body decomposed at a high rate, making it difficult for investigators to determine a cause of death.

Gallegos’s remains were partially buried, but no other signs of trauma were obvious. 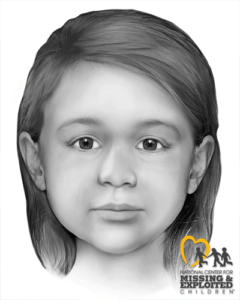 According to reports, the car involved in her disappearance may have been a dark green early 1950s Dodge or Plymouth with a man, woman and two children inside. Those reports say the people in the vehicle offered to buy Gallegos candy and clothes if she got in the car, and when she refused, they dragged her inside and took off.

Officials say they are working to fill in the blanks of who was involved and what happened in the days between her disappearance and when she was found.

Othram Labs played a key role in giving ‘Little Miss Nobody’ a name.

“Amazing work you did for our family to be at peace,” said Ray Chavez, nephew of the girl police has identified as Sharon Lee Gallegos.

Dr. Kristen Mittelman with Othram labs said their only customer right now is law enforcement. The Houston, Texas-based company has 30 team members, all with a medical background, she said.

What sets their lab apart from other labs is how they process DNA.

Dr. Mittelman says typically, law enforcement in the U.S. uses a database called CODIS. It compares 20 markers to known perpetrators. Markers can be identifiers like height, weight, or demographics.

“99% of the time you get no match with CODIS testing,” she said. 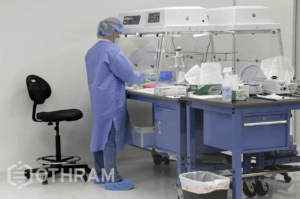 The lab also discovered a way to find use for evidence and DNA samples that other labs may find unfavorable. Mittelman says they’ve been able to test decomposed bodies found in sewage.

After helping identify Gallegos, Othram Labs told KNXV they’ll be sticking around in Arizona for a couple more days to see if they can help with dozens of other cold cases. That includes Yavapai County.

CEO Michael Mittelman explains their hope is their services are used earlier in investigations.

“The inspiration to do this work is to basically get answers for families,” he said at a Tuesday morning press conference with Yavapai County Sheriff’s Office.

Limitations include cost which is around $5,000 for each case. Dr. Mittelman explained some well known cold cases have crowdfunding accounts that help fund Othram labs. She added the lab wouldn’t charge unless they know they could help in the investigation.

Another limitation is how frequently the DNA has already been used.

“If you keep testing it and use any old method, it will eventually run out and the case really does go cold,” said Michael Mittelman.

Othram hopes the more cases they take could lead to an overall decline in crime.

This story was originally published March 13 by KNXV in Phoenix, an E.W. Scripps Company.