BOSTON (AP) — Lawyers for actress Lori Loughlin and her fashion designer husband say federal prosecutors are holding back crucial evidence that could prove the couple’s innocence in a college admissions scandal that has ensnared dozens of wealthy parents. 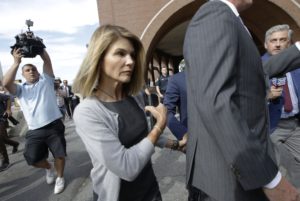 In a court motion filed Friday in Boston’s court, the couple’s lawyers asked a judge to force the Justice Department to turn over certain FBI records and other evidence that could be used to mount a defense for the “Full House” star and her husband, Mossimo Giannulli.

Lawyers for eight other parents accused in the case are supporting the request. Some have filed separate motions accusing prosecutors of withholding evidence.

“This court’s intervention is urgently needed,” the couple’s lawyers wrote in the filing. “The government is applying a flawed disclosure standard that systematically deprives Giannulli and Loughlin of information necessary to prepare their case and ensure a fair trial.”

Loughlin and Giannulli are accused of paying $500,000 to get their two daughters into the University of Southern California as recruits to the crew team, even though neither participated in the sport. The money was funneled through a sham charity operated by college admissions consultant William “Rick” Singer, who has pleaded guilty to orchestrating the scheme.

Officials at USC have said the couple’s daughters are no longer enrolled.

But the couple’s lawyers said Loughlin and Giannulli believed the payments were “legitimate donations” that would support Singer’s charity or go directly to USC as a fundraising gift. The lawyers said they think prosecutors are withholding evidence supporting that claim because it could undermine their case.

“The government appears to be concealing exculpatory evidence that helps show that both defendants believed all of the payments they made would go to USC itself — for legitimate, university-approved purposes — or to other legitimate charitable causes,” the lawyers wrote.

Prosecutors have not responded to the filing in court and declined to provide comment.

The couple’s lawyers are demanding to see FBI reports from the agency’s interviews with Singer. Specifically, they want to know how Singer characterized his dealings with parents, and whether he told agents he was upfront about the bribes or presented them as legitimate donations.

If Singer told the FBI that he spun the payments as legitimate donations, it could bolster the claim that parents were unaware of the bribery. And if he told the FBI that he was upfront about the bribery, the couple’s lawyers say that could be used to tarnish his credibility: The lawyers said there’s “strong reason to believe” parents were deceived about the payments.

“Given these competing theories of the case, any statements by Singer as to precisely what he told his clients about how their funds would be used are critically important,” lawyers wrote. “Despite all this, the government has repeatedly denied that such evidence is material and has refused to disclose it to defendants.” 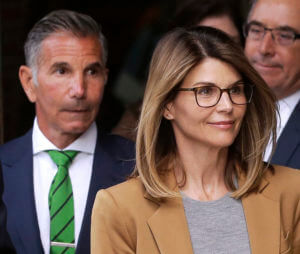 Lawyers for Loughlin and Giannulli said they have received only a “one-sentence bullet point” summarizing Singer’s statements to the FBI. They said it was incomplete and would be “virtually useless” at trial.

Their requests for further information have been denied, they said. Prosecutors rejected one request in October, calling it a “fishing expedition” for information that wouldn’t help the couple. A later request was denied for being “overbroad.”

The dispute arises as parents and prosecutors gather information in preparation of jury trials that are expected to begin in 2020. Initial filing deadlines have been delayed as lawyers sort through more than 3 million pages of records tied to the case.

Twenty parents have agreed to plead guilty, including “Desperate Housewives” star Felicity Huffman, who was sentenced to two weeks in prison for paying $15,000 to have a test proctor correct her daughter’s SAT answers. Another 15 parents are contesting the charges. One has yet to enter a plea. 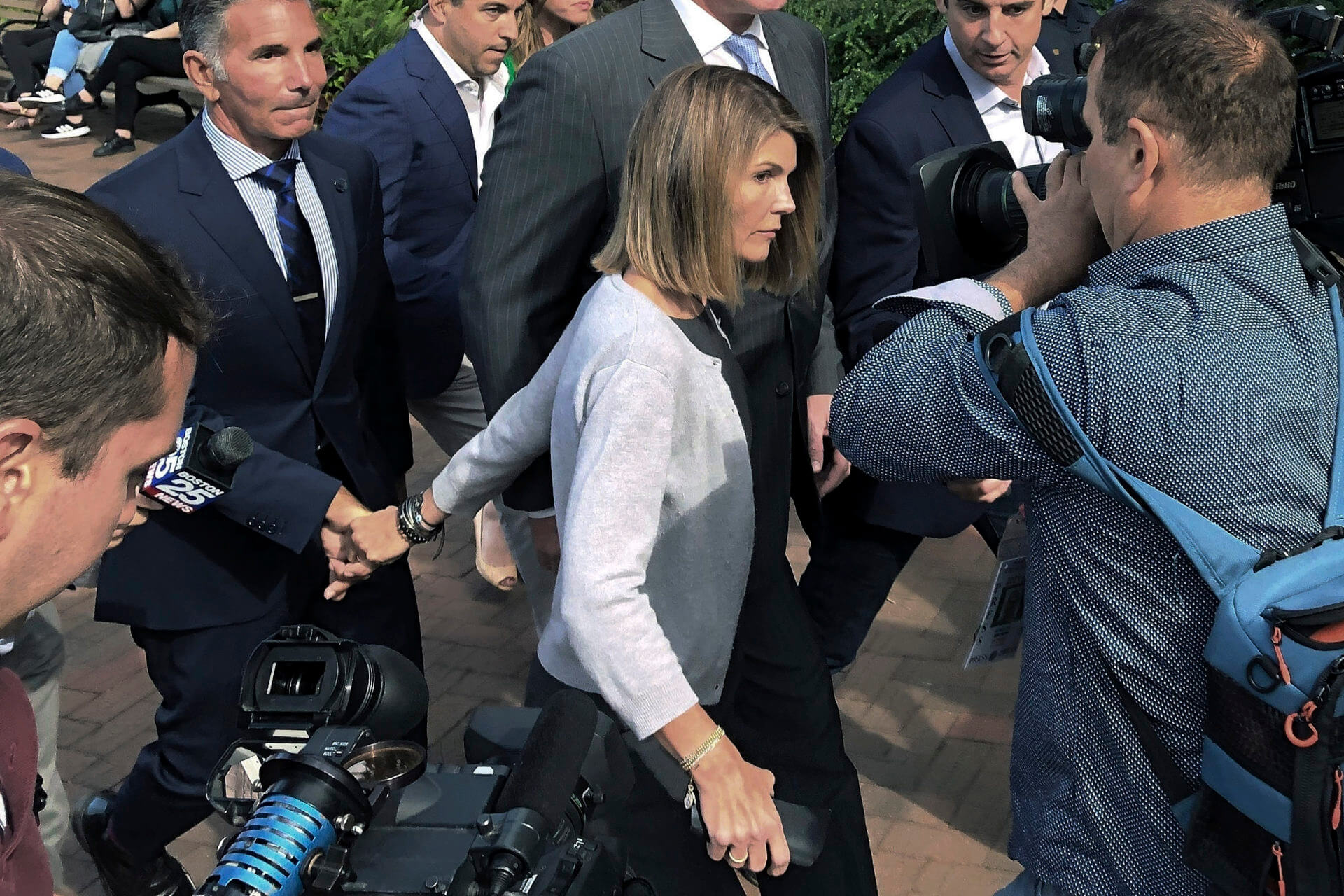 FILE - In this Aug. 27, 2019 file photograph, actress Lori Loughlin departs hand in hand with her husband, clothing designer Mossimo Giannulli, left, in Boston, after a hearing in federal court in a nationwide college admissions bribery scandal. The couple say they're fighting the latest charges against them in the college admissions scandal. (AP Photo/Philip Marcelo)
MORE NEWS