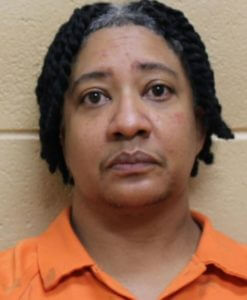 Lisa Samuels, 50, of Donaldsonville, was arrested Tuesday. She is being held in the St. James Parish Jail on charges of indecent behavior with juveniles and molestation of a juvenile, news outlets reported. It was not immediately known if she has an attorney who could speak on her behalf.

Samuels travels to teach in at least three schools in the St. James Parish School System, Sheriff Willy Martin Jr. said. Martin couldn’t say for certain how long Samuels had worked in the school system but said it had been for several years.

St. James Parish sheriff’s investigators had received a report about Samuels from someone who called a crisis hotline from the state Department of Children and Family Services. They have been working on the case since late October, Martin said. The alleged victim is a student in the parish’s school system, he said.

Samuels was being held on $150,000 bond. If released on bail, Martin said she’ll likely have a stay-away order and be ordered to wear an ankle monitor.