WINNSBORO, La. (AP) — State prosecutors have charged three Louisiana State Police troopers accused of beating a Black motorist, hoisting him to his feet by his hair braids and bragging in text messages that the “whoopin'” would give him “nightmares for a long time.”

The misdemeanor simple battery charges in the 2020 arrest of Antonio Harris come amid mounting scrutiny of the state’s premier law enforcement agency over allegations of excessive force — particularly against Black people — and an institutional instinct to cover it up. 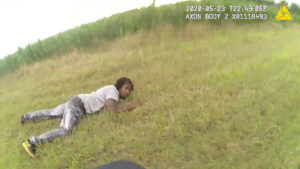 Jacob Brown, Dakota DeMoss and George “Kam” Harper, who are white, were seen on body-camera video piling onto Harris following a high-speed chase that ended next to a cornfield in rural Franklin Parish, kneeing, slapping and punching him even though he had surrendered face down with his arms and legs splayed.

The troopers’ attorneys declined to comment Thursday. A state police spokesperson did not immediately comment on the charges.

State police had arrested the troopers in February 2021 on felony charges of malfeasance in office, but local prosecutors elected not to bring that count last week when filing a bill of information in Franklin Parish. Misdemeanor simple battery in Louisiana carries up to six months in jail and a $1,000 fine.

The state prosecution comes as a federal grand jury in Lafayette has been hearing testimony in the same case. Federal prosecutors for months have been investigating whether the troopers used excessive force, but it remains unclear whether the U.S. Justice Department intends to move forward with a civil rights case.

A similar uncertainty hangs over the federal investigation into the deadly 2019 arrest of Ronald Greene, another Black motorist beaten by state police. A federal grand jury also has been hearing testimony in that case, in which troopers stunned, punched and dragged Greene before he died on a rural roadside in Union Parish, outside Monroe. The Associated Press reported this week that the Justice Department is increasingly skeptical it can bring a successful case against the troopers.

State lawmakers, meanwhile, are probing allegations of a cover-up in Greene’s death and this week voted to hold the former head of the state police in contempt for defying a subpoena and refusing to turn over the handwritten journals he kept while leading the agency.

In the Harris beating, an internal investigation found the troopers filed “wholly untrue” reports claiming the man kept trying to flee, refused to obey commands and fought with troopers before they began to pummel him with what Brown called “tactical strikes.”

“They kept saying ‘Stop resisting’ but I was never resisting,” Harris told investigators. “As soon as they got to me, one of them kneed me in my face. One of them was squeezing my eyes.”

The troopers also later exchanged 14 text messages peppered with “lol” and “haha” responses in which they boasted about the beating and mocked Harris, who spit up blood and suffered from sore ribs and stomach pain for days after the arrest.

“He gonna be sore tomorrow for sure,” Brown wrote in one of the texts. “Warms my heart knowing we could educate that young man.”

Brown, Harper and DeMoss, who were part of a notoriously violent division of troopers patrolling the northeastern part of the state, were arrested in the case last year. DeMoss and Harper were fired and Brown, who in October pleaded not guilty in a separate federal case accusing him of pummeling another Black motorist 18 times with a flashlight, resigned. 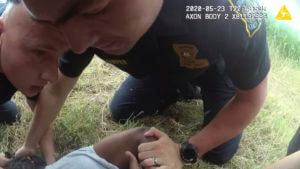 FILE – In this Saturday, May 23, 2020 image from Louisiana State Police body camera video, Troopers Jacob Brown, left; George Harper, center, and others restrain motorist Antonio Harris on the ground on the side of a road after a high speed chase in Franklin Parish, La. Troopers exchanged 14 text messages peppered with “lol” and “haha” responses in which they boasted about the beating. “He gonna be sore tomorrow for sure,” Brown texted. “Warms my heart knowing we could educate that young man.” (Larry Shappley/Louisiana State Police via AP, File)

DeMoss has also come under investigation for his role in Greene’s death, which authorities initially blamed on a car crash at the end of a chase before the AP last year published troopers’ long-withheld body-camera video showing a violent arrest.

Greene and Harris’ arrests were among at least 12 cases over the past decade in which an AP investigation found troopers or their bosses ignored or concealed evidence of beatings, deflected blame and impeded efforts to root out misconduct. Dozens of current and former troopers told the AP the beatings were countenanced by a culture of impunity, nepotism and, in some cases, outright racism.

Harris’ case began after Brown pulled him over for a minor traffic violation on Interstate 20. The trooper conducted a criminal history check and discovered Harris had a suspended driver’s license and outstanding warrants.

Harris sped away from the traffic stop in a Hyundai Sonata, leading troopers on a 29-mile (47- kilometer) chase that reached speeds of 150 miles (241 kph) before it was finally stopped with the help of a tire-puncturing spike strip.

Even though Harris had already surrendered, DeMoss, the first arriving trooper, “delivered a knee strike” and slapped him in the face with an open palm before powering off his body-worn camera, court records show.

Harper, meanwhile, punched Harris in the head several times with a fist “reinforced” by a flashlight and threatened to “punish” Harris, while Brown pulled the man’s hair, an internal investigation concluded. DeMoss can later be seen on the footage lifting Harris to his feet by his braids. 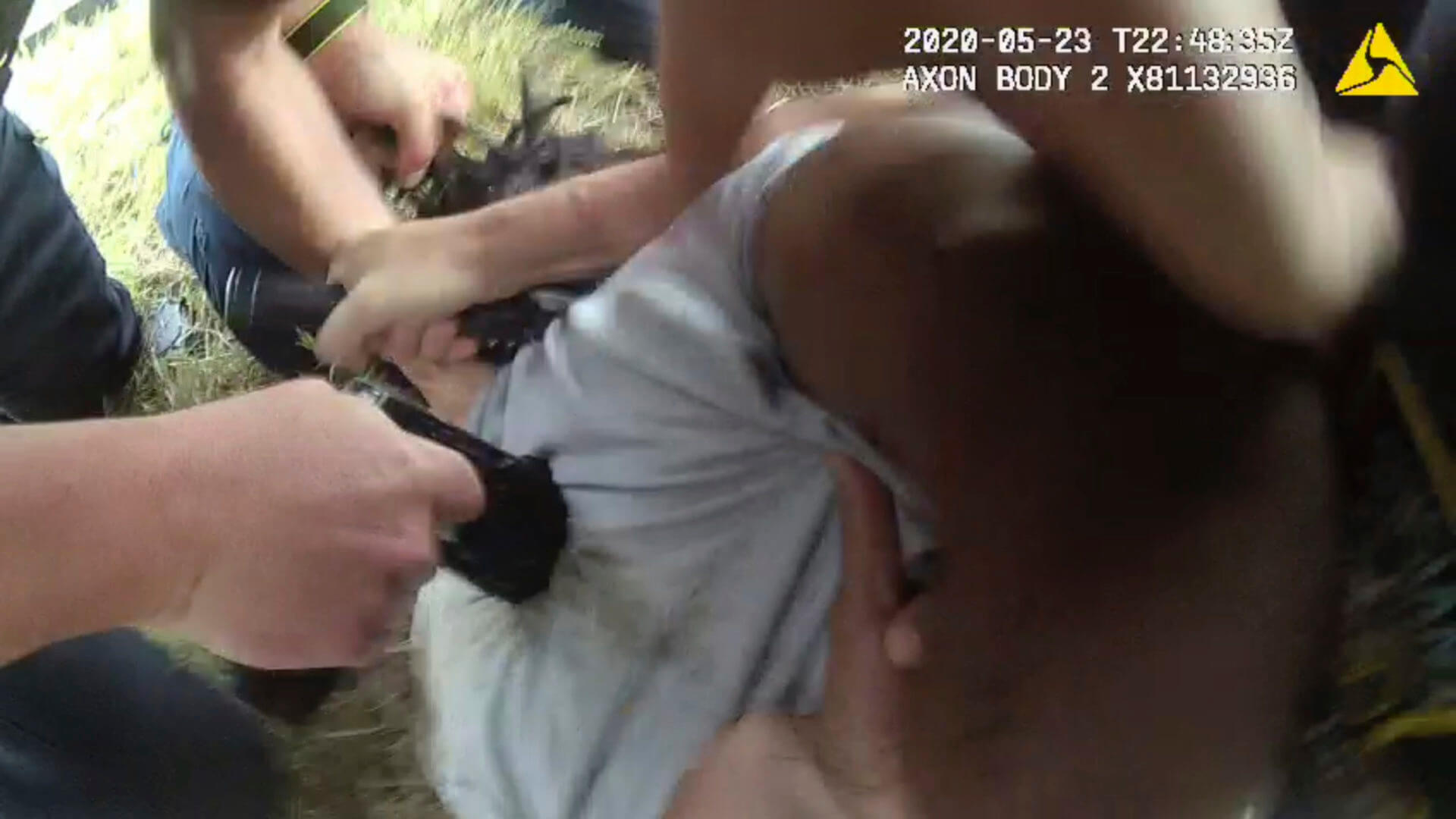 FILE - In this Saturday, May 23, 2020 image from Louisiana State Police body camera video, an unidentified law enforcement officer applies an electric weapon to the back of Black motorist Antonio Harris as other officers restrain him on the side of a road after a high speed chase in Franklin Parish, La. Troopers exchanged 14 text messages peppered with "lol" and "haha" responses in which they boasted about the beating. (Larry Shappley/Louisiana State Police via AP, File)
MORE NEWS