CHESTERFIELD TOWNSHIP, Mich. (AP) — A 55-year-old man has been charged in the slaying of a Detroit radio news anchor during an attack that also left two children and their mother injured. 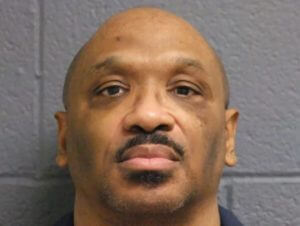 Arthur Williamson was arraigned Monday in district court in New Baltimore and ordered jailed on murder, assault with intent to murder and unlawful imprisonment charges.

Jim Matthews, the overnight news anchor at WWJ-AM for about seven years, was found bludgeoned with a hammer Friday at a home in Chesterfield Township, northeast of Detroit.

A 35-year-old woman identified as Matthews’ girlfriend was stabbed multiple times and listed Monday at a hospital in stable condition. The couple’s 5-year-old daughter was treated at a hospital and later released. Their 10-year-old son was found tied up in a closet inside the home with trauma to his head. He was in critical condition Monday.

Police were called about noon Friday after Matthews’ girlfriend and their daughter were seen running from the home. Police found Matthews’ body inside and the boy bound in a closet.

The suspect was found in the basement. He had self-inflicted wounds and was overdosing.

Williamson had been invited into the home “sometime in the middle of the night,” Macomb County Prosecutor Peter Lucido told reporters Monday.

Williamson’s relationship with the victims was not immediately clear, authorities said.