SEATTLE (AP) — A man has been arrested in connection with the fatal shooting of a young man last year in Seattle’s temporary Capitol Hill Organized Protest zone, police said. 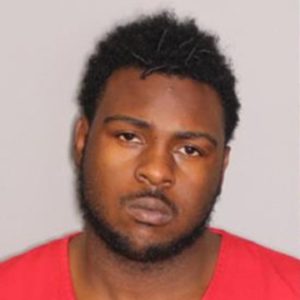 Police had identified Long shortly after the killing of Lorenzo “Lil Renz” Anderson on June 20, 2020, and learned Long had fled the state, court documents filed in August said. He had been wanted on a $2 million arrest warrant since then.

It wasn’t immediately known if Long has an attorney to speak on his behalf.

Members of the U.S. Marshal’s Pacific Northwest Violent Offender Task Force recently determined Long was staying at a Des Moines apartment complex, the U.S. Marshals said in a news release. Long was seen walking on a local street and was arrested after a brief foot chase, according to the news release. He was booked into the King County Jail on Monday afternoon, jail records show.

Anderson and Long had apparently been at odds since 2019, after they were involved in a fight that Anderson lost which was posted on YouTube, charging papers say.

Several people called 911 around 2:20 a.m. on June 20 last year to report the shooting. But responding police officers were met by an angry crowd and left after someone yelled that the person shot had already been taken to Harborview Medical Center, the charges say.

Anderson died at the hospital 33 minutes after the first 911 calls.

Although protesters kept detectives and crime-scene investigators out of the Capitol Hill Organized Protest zone, several people either contacted police or were interviewed by detectives in the 72 hours after the fatal shooting, the charges say. One man photographed bloodstains on the pavement and turned shell casings into police, along with notes detailing where they were found, say charging papers. Anonymous tips also identified Long as the suspect.

A Capitol Hill business owner provided police with high-quality video-surveillance footage that showed Anderson and Long talking before Long pulled a gun and pointed it at Anderson, the charges say. Other people tried to detain Long as Anderson walked away, but he ran after Anderson.

When Long and several others caught up to Anderson, the footage captured a fistfight, then Long raised his arm and appeared to fire twice with his gun, the charges say.

Anderson’s father and mother have filed separate lawsuits against the city, claiming city officials created a dangerous environment by allowing racial-justice protesters to occupy the zone. They say police and fire officials failed to render aid as Anderson bled out, the lawsuit said.

“We are grateful for the hard work of law-enforcement for finally bringing in the suspect who shot Lorenzo Anderson,” Evan Oshan, an attorney representing Anderson’s estate and his father, Horace Anderson, said Monday in an emailed statement. “However, the flawed political system which allowed the CHOP zone to exist and allow lawlessness to reign on Seattle are at the core of why Lorenzo, a Black special needs teenager, bled out and died on June 20, 2020.”

No arrests have been made and no suspect information has been released in the other fatal shooting that happened during the CHOP time period. That shooting killed 16-year-old Antonio Mays Jr. and injured a 14-year-old boy.

Police are seeking information on the whereabouts of Marcel Long, 18. Prosecutors have filed charges against Long for fatally shooting a 19-year-old man near the CHOP on June 20th: https://t.co/JfSVZDaoiY pic.twitter.com/v0rwTPSMND