CHATTANOOGA, Tenn. (AP) — One man has been arrested on a weapons charge in a mass shooting over the weekend in Chattanooga, Tennessee, where three people died and 14 were injured.

Garrian King was arrested Wednesday and charged with being a felon in possession of a firearm, according to court records. An affidavit filed in U.S. District Court in Chattanooga said King was seen on security camera video exiting a stolen Chevrolet Suburban just after 2 a.m. Sunday across the street from Mary’s Bar & Grill. King was one of a group of three men, two of whom have not been publicly identified by authorities. One of the men wore a mask and carried an AR pistol, according to the affidavit. 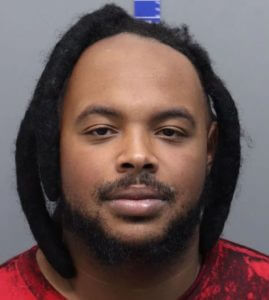 The shooting occurred outside the view of the surveillance camera, but the affidavit said King was later recorded holding the gun and getting into a white Land Rover that left the area. The Land Rover was located at King’s home Wednesday, according to the affidavit. King admitted to officers that he purchased the gun on May 28. He claimed to have resold it, but the affidavit says officers were able to trace the gun’s location and believe that King lied about selling it.

At the time of the shooting, King was on supervised release for a 2017 conviction of being a felon in possession of ammunition. He was being held without bond after his Wednesday arrest.

The shooting came one week after six juveniles were wounded during an exchange of gunfire in a downtown Chattanooga business district.

The political independent, who describes himself as a gun owner and “avid hunter,” listed mandatory background checks and a ban on high-capacity magazines as two steps that could help reduce gun violence nationally. Kelly said his administration would announce actions in the coming weeks aimed at stemming gun violence locally.
___
Travis Loller reported from Nashville, Tennessee.