CEDAR RAPIDS, Iowa (AP) — A man charged in the 2018 stabbing death of another man who was found buried at a Cedar Rapids home has pleaded guilty to a lesser charge.

Paul Hoff pleaded guilty Tuesday to obstructing prosecution for his role in the death of Chris Bagley and faces up to two years in prison when he’s sentenced, KCRG reported. Prosecutors said a felony charge of a abuse of a corpse was dropped in exchange for his testimony against Drew Blahnik in Bagley’s death, in which Hoff said he witnessed Blahnik stab Bagley repeatedly in the neck. 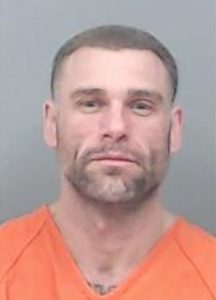 Blahnik was found guilty earlier this year of second-degree murder and other counts in Bagley’s death and is scheduled to be sentenced next month.

Bagley went missing after leaving his home in December 2018. His body was found buried at a home in southeast Cedar Rapids more than two months later. Investigators have said Blahnik stabbed Bagley in retaliation for his robbery of a large-scale marijuana trafficker.

Another man, Drew Wagner, pleaded guilty in June 2020 to voluntary manslaughter in Bagley’s death and was sentenced to 47 years in prison. Andy Shaw is serving an 8-year sentence for drug crimes connected to Bagley’s death.