TOPEKA, Kan. (AP) — A Topeka man has been charged with killing another man who had testified against him in a robbery and burglary case.

John Clayton Riley II, 34, was charged Friday with eight counts arising from the shooting death of Palmer Thompson in September 2021 and the theft of Thompson’s identity, The Topeka Capital-Journal reported. 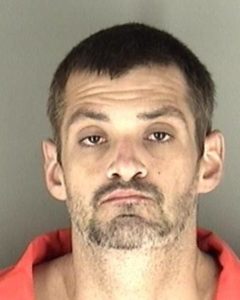 Shawnee County District Attorney Mike Kagay said that in December 2019, Thompson reported he had been robbed of several items, including keys to his house, while working maintenance at an apartment complex.

Thompson, 29, discovered later that his home had been burglarized.

Riley was charged with crimes that included aggravated robbery and burglary and Thompson testified against him at a preliminary hearing on March 4, 2020.

Riley posted bond and was released from jail. He was awaiting trial when Thompson was found dead of a gunshot wound in a fire at his home on Sept. 26, 2021.

Investigators determined Riley stole Thompson’s identity and used it to access his financial accounts after his death, Kagay said.