SACRAMENTO, Calif. (AP) — A jury on Wednesday convicted a man of raping and stabbing to death a woman in her Sacramento-area apartment, 40 years after her death.

Phillip Lee Wilson, 73, was found guilty of murder with the special circumstance of rape. The Sacramento County jury returned the verdict one day after initially deadlocking on the charges. 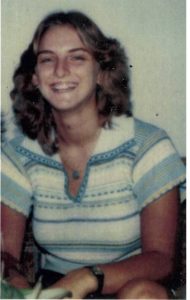 Wilson was accused of killing Robin Brooks, 20, at her apartment in Rosemont in 1980. Investigators said genetic geneology using DNA from blood and semen at the crime scene was used to identify Wilson as a suspect. He was arrested in 2020 at his North Sacramento home.

His attorney argued that Wilson had consensual sex with Brooks but she was killed by her sister’s boyfriend, who has since died.

“I just never gave up hope, I just knew it,” she told the Sacramento Bee, referring to the case being solved.

Wilson’s conviction came on his birthday.

“There is justice in the world, and he will spend all his birthdays now in prison. I wish we found him earlier, but finally, justice has been done,” Micki Links, a Sheriff’s Office cold case detective, told KXTV-TV.

Wilson is scheduled to be sentenced on April 22.