ST. LOUIS (AP) — A man was convicted Wednesday of killing a retired St. Louis police captain in 2020 during a night of violence and looting sparked by racial injustice protests.

Stephan Cannon, of Glasgow Village, was found guilty of first-degree murder in the death of retired Capt. David Dorn, 77, who was shot when he investigated alarms going off at a friend’s pawn shop. 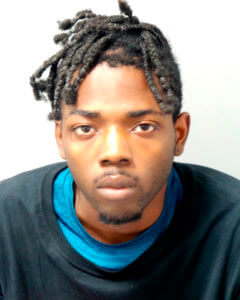 Cannon, 26, was also found guilty of first-degree robbery, first-degree burglary and three counts of armed criminal action. He faces a mandatory term of life in prison without parole when he is sentenced Sept. 13.

Dorn was killed June 2, 2020, when he approached the pawn shop in north St. Louis and fired off warning shots to stop looters who were ransacking the business.

His death drew attention nationwide because it occurred amid protests across the country in response to the killing of George Floyd by Minneapolis police.

Across St. Louis that night, Dorn and four officers were shot, officers were pelted with rocks and fireworks, and 55 businesses were burglarized or damaged.

Prosecutors argued that Cannon deliberated his actions when he walked to a corner near the pawn shop and fired 10 shots at Dorn.

Cannon’s attorneys argued the state had not provided any physical evidence to link him to the shooting and based their case largely on testimony from an unreliable witness, the St. Louis Post-Dispatch reported.

The lead prosecutor, Marvin Teer, told jurors Wednesday that Cannon deliberated before he shot “a good man who dedicated his entire life to doing nothing but helping others.”

Cannon’s lawyer, Brian Horneyer, said in his closing argument that police had “tunnel vision” when they charged Cannon without any physical evidence. He also said the state’s main witness, Mark Jackson, lied to police several times about the shooting and then made a deal to testify against Cannon.

Cannon did not testify during the three-day trial.

Dorn retired from St. Louis police in 2007 after 38 years and also served for six years as police chief in Moline Acres.