HOUSTON (AP) — A man was convicted Tuesday in the fatal stabbing of an 11-year-old Houston boy as the child walked home from school in 2016.

Jurors deliberated for about three hours before finding 33-year-old Andre Timothy Jackson, guilty of murder in the death of Josue Flores.
Jackson, who has always maintained his innocence, faces up to life in prison. 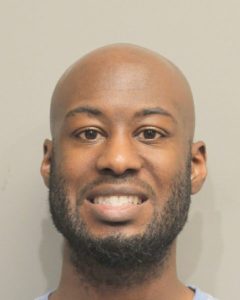 Authorities say the sixth grader was killed as he walked home from a science club meeting at a school just north of downtown Houston on May 17, 2016. He was only two blocks from home when he was stabbed more than 20 times.

Witnesses told officers they heard loud screams and saw the boy struggling with a man. The boy collapsed on the grass near the sidewalk and the man ran away.

During closing arguments on Tuesday, prosecutors told jurors that the boy’s DNA was found on Jackson’s jacket.

“The reasonable conclusion here is that the victim’s DNA is on Andre Jackson’s jacket because he murdered Josue Flores. Andre Jackson is a killer. He killed a child and the evidence is right here guys,” said Harris County Assistant District Attorney Chris Condon.

Police say the jacket was found in the room at the Salvation Army shelter where Jackson had been living in at the time of the killing. Surveillance video from the day of Josue’s death showed Jackson wearing the jacket.

But Jerome Godinich, one of Jackson’s attorneys, suggested to jurors that the amount of DNA found on the jacket was so small that it could have been transferred onto it by someone else at the shelter. Jackson’s attorneys said he didn’t match the physical description of the suspect seen by people who witnessed the killing and Jackson had no history of violence.

“It is a textbook example of how innocent people get convicted,” said Justin Keiter, another of Jackson’s attorneys.

Jackson said in a YouTube video posted in May 2019: “I am not Josue’s killer. I am not a killer.”

The Marine Corps veteran was first arrested weeks after Josue’s killing. But prosecutors dropped the charge in 2017, saying there wasn’t enough evidence to try Jackson or uphold a conviction.

He was rearrested in 2019 after prosecutors said newly tested DNA evidence connected him to the killing.

Jackson wasn’t the first person charged in the case.

A 31-year-old man with a long criminal history was charged days after the killing, but that charge was dropped when detectives found evidence to support his alibi.